Siemens Energy an operator in the Nigerian power sector has secured its first wind turbine orders in Africa with a total capacity of 100 MW.

This was announced via a statement issued by the company in Nigeria.

Nareva Holding and Siemens signed a contract for the delivery of a total of 44 wind turbines for the Haouma and Foum El Oued Wind Power Plants in Morocco. The scope of supply includes the delivery, installation and commissioning of the wind turbines, as well as a 5-year service contract for each project. Both wind power plants are expected to commence commercial operation by summer 2013. 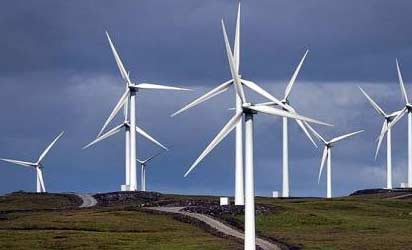 Africa is an emerging wind market with Morroco currently the number two country in terms of installations. “These two orders mark Siemens Wind Power’s entry on the African wind market and clearly show that our internationalization strategy is successful,” said Felix Ferlemann, CEO of the Siemens Wind Power Division.

According to the Global Wind Energy Council, wind power is one of the most promising sectors for renewable energy generation in Morocco. The Moroccan government has set the target of raising the contribution of renewable energy to 20% of national electricity consumption by 2020.

Internationalization is a key pillar of Siemens’ strategy in the global wind market. Just recently, Siemens announced that it will establish three regional Wind Power Business Units for EMEA (Europe, Middle East and Africa), Americas and Asia as part of a new Wind Power Division. Moreover, the company has sales hubs in several countries around the globe. Within the Business Unit EMEA, Siemens has strengthened its sales hubs in Africa, where a growing number of employees are involved in the wind power business.

The Haouma Wind Farm project will be built in Northern Morocco, approximately 30 km east of Tangier, and six km south of the Mediterranean coast. At 50 MW, Haouma will feature 22 Siemens SWT-2.3-93 wind turbines. Foum El Oued will be built in one of the windiest areas of Morocco in the municipality of Laâyoune, 9 km south east of the port of Laâyoune in Southern Morocco. Also at 50 MW, Foum El Oued will feature 22 SWT-2.3-101 wind turbines

Wind Power is part of Siemens’ Environmental Portfolio. In fiscal 2011, revenue from the Portfolio totaled about €30 billion, making Siemens one of the world’s largest suppliers of eco-friendly technologies. In the same period, our products and solutions enabled customers to reduce their carbon dioxide (CO2) emissions by nearly 320 million tons, an amount equal to the total annual CO2 emissions of Berlin, Delhi, Hong Kong,
Istanbul, London, New-York, Singapore and Tokyo.

The Siemens Energy Sector is the world’s leading supplier of a complete spectrum of products, services and solutions for power generation in thermal power plants and using renewables, power transmission in grids and for the extraction, processing and transport of oil and gas. In fiscal 2011 (ended September 30), the Energy Sector had revenues of EUR27.6 billion about N5,713,807,200,000 and received new orders totaling approximately EUR34.8 billion about N7,204,365,600,000 and posted a profit of more than EUR4.1 billion also about N848,790, 200,000.
Services Limited (OESL) is a leading indigenous energy services