Mixed reaction have trailed Federal government plan to double electricity price from 25 per cent to 88 per cent.

Some consumers in Lagos have been reacting to the new price regime that will take effect from April 1, 2012.

Mr Williams Kalu, a business man in Lagos said the increment is not justifiable 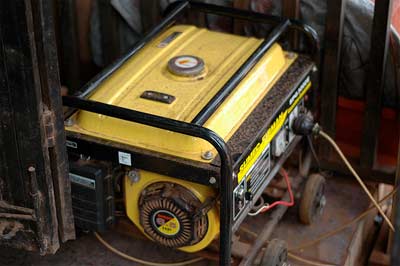 “How can they increase electricity tariff when we have not fully recovered from the oil subsidy strike. I think that this is not right, if they want to privatized PHCN let them do so and lets no that pricing is now in the hands of private investors”

Mr Prince Will, a journalist noted that the new price hike is coming at the wrong time and it will inflict more hardship on electricity consumers in the country.

Another consumer who spoke with vanguard on anonymous expressed his anger to the new plan on electricity price.

“Look let me tell you my brother, things are done this way. Before now we don’t use to have steady power supply yet we still pay our bills in good fate now they want to increase it by 88 per cent for power that we hardly get. If you take a closer look in Lagos for example virtually all most every home have generator set. That shows that things are not working, all is not well in this country as far as the power sector is concern. My own suggestion is that let the appropriate authorities go back to the drawing board and make amends on this issue”

According to Section 32 (d) of the Electric PowerSector Reform (EPSR) Act, 2005, the commission is mandated to ensure that the prices charged by licensees are fair toconsumers and sufficient to allow the licensees to finance their activities and to allow forreasonable earnings for efficient operation.

Vanguard gather that to establish one or more tariff methodologies for regulating electricity prices, in consultation with industry stakeholders and consumers, Section 76 of the EPSR Act further empowers theCommission to adopt a holistic andscientific approach to correct pricing of electricity to ensure a fair and cost-reflective tariffregime which will sustain the present operators while at the same time attract investment intothe sector.

This forms the adaptation of the Multi-Year Tariff Order (MYTO) methodology. The MYTO furtherprovides for continuous reduction in transmission and distribution/retail loses.

According to the new price regime, a kilowatt hour of electricity, which costs consumers N10 currently, will soon cost about N19, an increase of 88 per cent.

It was reported that the new rates would be announced before the privatization of the 18 power generation, distribution and transmission companies this year.

Federal governmentsaid there will be higher “cost-reflective tariffs” for residential and commercial electricity customers were necessary to ensure that investors could make profits.

The Minister of Power, Bart Nnaji said plans are on ground to ensure that the urban poor and rural dwellers are provided with a subsidy so that they don’t see a significant increase in tariff.

The Chairman of the Nigerian Electricity Regulatory Commission (NERC), Dr. Sam Amadi explained that not all customers would have their tariff increased by 88 per cent.

He said: “When people upgrade and consume more power, their consumption level will spike and the distribution company will automatically migrate the customer to a higher customer class, and they will pay more.”

Under the new pricing regime, tariffs will rise 25 to 88 per cent, though most customer classes will see a 50 per cent increase in their bills. The government hopes that cushioning the blow on the poorest consumers – a policy absent during the fuel subsidy removal – will ensure that there is no repeat of the public outcry.

Biggest consumers of electricity, wealthy individuals and businesses, will pay the highest rates, cross-subsidising the less well-off. The government will also provide a N60 billion subsidy this year, allowing the tariff for the poorest customers to be fixed at N3.3.