Nigeria says no plan to increase electricity tariff by 88%

LAGOS-Nigeria’s Minister of Power, Professor Bart Nnaji, has announced on behalf of the government  that the West African nation will not experience 88 percent increase in electricity tariff.

Speaking before the parliament committee on electric power the Minister said that recent media reports claiming that all electricity consumers would experience sharp increase by April 1 is not very factual. 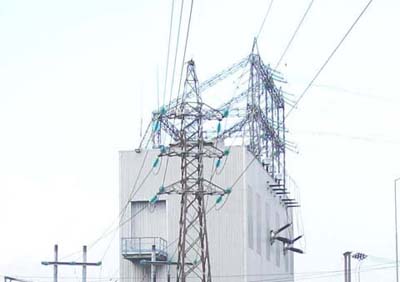 According to him the urban poor and rural dwellers as well as artisans who performed vital economic functions will experience no significant adjustment.”

The minister argued that certain classes of electricity consumers are subsidized throughout the world, calling electricity “a critical need, rather than a mere want of the people,especially in the modern times.”

Professor Nnaji revealed that by 2014 when the government subsidy is expected to end, the less affluent in society would continue to enjoy subsidy, this time with the subsidy paid by the rich and other heavy electricity end users.

He rejected suggestions that the planned introduction of different tariffs across the country would be abused by some wealthy people claiming to be poor so that they could pay less bills.

“The tariff will be determined by the wattage consumed by each customer”, he said, explaining that “those who consume less than 50 watts a month are considered less privileged and are known as R (Residential) One customers. We have 14 classes of consumers”.

He noted that the new tariff was originally scheduled to start on January 1 as provided in the Multi Year Tariff Order (MYTO), which came into effect five years ago, but would now begin next May to allow for more improvements in power supply and greater public enlightenment on the ongoing reform of the power sector.

Comparing the situation to what happened with the telephone sector where the tariff reduced with time, the minister observed that the electricity tariff would  come down.

“The tariff being proposed”, he said, “is based on 4,500Megawatts, and it will come down considerably when we begin to generate 7000MW and above”.

Nnaji assured the senators that the “much as the existing tariff has to be adjusted to attract both local and foreign investments in the power sector, the government has a duty to ensure that the people of Nigeria are not exploited.

“We devised an amortization plan of 15 years, so that the people are not ripped; the power sector in Nigeria should not be for those who want      quick money”.

Also addressing the senators, the Chairman of the Nigerian Electricity Regulatory Commission (NERC), Dr Sam Amadi, said that even with the proposed increase in the tariff paid by heavy electricity users, it would still be far cheaper than the cost of generation.

He said that the heavy consumers currently pay between N35 and N50 naira per kilowatt hour, but would not pay anything near the “current cost of using diesel-powered generators which, in addition, pollute the environment and kills people”.

He said that NERC has abolished the monthly payment of service charge and meter maintenance fee which the Power Holding Company (PHCN) had imposed on every customer.

Dr Amadi disclosed that NERC would soon resume its interactive sessions with market leaders, civil society organizations and other stakeholders to protect the interests of both electricity investors and consumers.

The Chairman of the Senate Committee on Power, Senator Phillip Aduda, advised the minister and the agencies under him to engage in a more aggressive campaign to inform the people that their interests are not being neglected by the government.