LAGOS-IN a generator powered economy like every other states of Nigeria, Lagos State, the West African nation’s commercial capital requires between 10,000 to 12,000 megawatts of electricity to efficiently power its economy.

Wind, sun, water and waste are four infinite resources of pure energy that are ready to be harvested to meet the demand for clean power. The state government once said it would bring “innovative cleaner and greener solutions” to the state’s energy requirements. 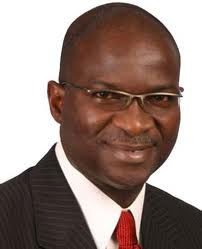 Overall,, Lagos alone accounts for over 70 percent of national industrial investments with State GDP put atN2.156 trillion in 2008.Regionally, Lagos Gross National Product (GNP) is three times that of any West African Country thus making Lagos State ECOWAS economic hub and the springboard for innovation and development in Nigeria and sub-Saharan Africa.
At the first Lagos State Renewable Energy Summit in Lagos aimed at improving power supply in the state, the Lagos state Deputy Governor, Mrs. Adejoke Orelope-Adefulire, said the innovative cleaner and greener solutions to the state’s energy requirement would encourage the use of renewable clean energy solutions to generate power, especially solar power.
“Consequently, the strategic aim of this initiative is to identify and develop appropriate renewable energy options to complement our efforts to develop an energy policy in Lagos State,” she said.
According to her, the issue of alternative energy has assumed a global dimension, “more nations are aware of the imminent danger to our planet from the years of exploration and exploitation of fossil fuels.
“The emission of greenhouse gases, such as carbon dioxide from the use of fossil fuels, is central to the depletion of the ozone layer.’’
The deputy governor said that this had led to increasing concerns about global climate change and its debilitating effects.
“But, we believe that if technological advancements are properly applied within the context of our rich deposits of natural energy resources, we could significantly reduce our dependence on conventional fuels,” she said.
It will be recalled that in a strategic move aimed at developing capacity to fully attend to the power needs of residents and explore the hydrocarbon, oil and gas potentials of the state, the Lagos State Government upgraded its Office of Energy and Mineral Resources to a full-fledged Ministry.

The new Ministry, which was formerly a department in the Governor’s Office, is now headed by a seasoned Energy expert, Engineer Taofik Tijani, who was sworn as the Commissioner for Energy and Mineral Resources.

The ministry has since swung into action, as its commissioner and other top government officials joined Governor Fashola in hosting a high profile Federal Government delegation led by the Minister for Power, Professor Bartholomew Nnaji, who was in Lagos to explore areas of collaboration between the state and the Federal Government in Power generation and distribution.

Fielding questions from newsmen after the meeting, Governor Fashola explained that it was all about exploring every possibility to improve power supply and distribution in the state in fulfilment of the promise he made to Lagosians at the commissioning of the Lagos Island Power Project recently.

Fashola, who said he has been talking to the Minister for Power and related agencies like the Nigerian Gas Company and others to come on board to find solution to the nation’s Power problem, declared, “You will recall that when we opened the 10 Megawatts Island Power Project here, I promised Lagosians that we would do everything that we could to scale up the Power to 114 Megawatts”.

The governor, however, explained that gas supply has been standing on the way to the fulfilment of that promise adding that the Minister for Power has been quite business-like in his approach to finding a solution to the problem.

Also speaking with newsmen after the meeting, the Minister reiterated that the meeting was to explore ways of collaboration with Lagos State Government in a bid to solve the power problem in the country.

According to the Minister, “We will be solving aspects of the Power problem in phases. We won’t say it will be solved today. The truth is for sure, the problem of Power will be solved in Lagos sooner than in a lot of places because Lagos is nicely located”.

“Because Lagos is near the sea, that can hasten certain solutions that you won’t be able to bring inland”, the Minister said adding, “We are going to explore everything”.

Therefore, the state government last week announced its readiness to commence the first phase of its Landfill Gas Recovery and Utilisation project that will ensure supply of electricity to residents in the next few months.

According to the state government, the phase 1 of the project which comprised of pre-engineering design which has begun would be completed within the next 18 months.

The meeting was organised by the Ministry of Environment and LAWMA, with support from the United Environmental Programme (UNEP), African Carbon Asset Development (ACAD) and Standard Bank.

Speaking at the meeting, Oresanya said, “We are taking waste management to the next level, to the down stream sector. We are going to build 20 transfers loading centres across the state, which each site capable of generating 1,000 tones of waste and the gas would be used to distribute energy to the communities.”

According to Oresanya; “In 1992 United Nation Framework Convention on Climate Change (UNFCCC) created to achieve stabilization of greenhouse gas (GHG) concentration in the atmosphere,  and In 1997 Kyoto Protocol (target of 5.2 percent emissions reduction from 1990 levels by 2012. The first period emission reduction commitment expires at the end of 2012.”

The Clean Development Mechanism (CDM) he explained is a project-based mechanism under the protocol, an incentive, allowing projects in developing countries for sustainable development and emission reductions.

CDM project registration commenced in 2001 and is expected to produce 1.5m tons carbon dioxide equivalent (CO2e) in emission reduction by 2012. Most reduction are through renewable energy, energy efficiency and fuel switching
He added further that “LAWMA is in the process of implementing Phase 1 of the project under Consultancy Contract.

Phase 1 which comprises of a pre-engineering design will commence in February 2012 should be completed within 12-18 months.”

LAWMA boss said the state Integrated Solid Waste Management Project is a Public Private Partnership (PPP) project whereby the state government will execute a 20 year Concession Agreement with private sector for the development of the following components such as closure, collection and utilization of landfill Gas (LFG) at the existing dumpsites.

Others, according to Oresanya, establishment of an Integrated Solid Waste Management Facillity (IWMF) comprising of Material recovery Facility(MRF), recycling and composing facility as well as a sanitary landfill for residual waste.

He said the state has a unique opportunity to improve municipal waste management and reduce its carbon through LFG capture at the existing landfills, adding that currently neither landfill vents nor capture LFG, resulting in a spontaneous fire due to the lack of a gas control system.

Oresanya said the objectives of the CDM project are “capturing of Methane generated from waste, utilizing the methane for electricity among other usages; preventing the release of GHG’s into the environment; reducing Lagos carbon footprint and compliance with international standards on environmental governance.”

He also listed the benefits to include better environmental health and living standard; job creation, investment opportunities, provision of public utility and infrastructure through government private sector partnership, creating wealth by employing market based solution for solving the social challenge of waste.