By Joseph BAMIDELE
LAGOS – FOLLOWING the corruption in the downstream sector of the oil industry as a result of  the Petroleum Subsidy Fund which has been reportedly abused by several operators in connivance with government agencies the Nigerian Extractive Industries Transparency Initiative NEITI has concluded plans to probe the sub-sector for the very first time.

The Agency also hope to use its efforts in this regard to create investors confidence in the nation’s oil and gas sector as this is needed to open up the industry for competition, foreign direct investment as well as international standard corporate governance. The move according to NEITI is also aimed at establishing revenue flows for the federal government. 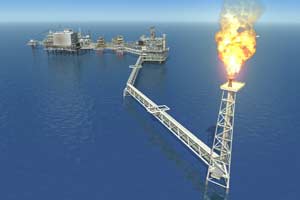 To achieve this through a process agreeable to all stakeholders in the oil and gas sector NEITI organized a 2 days special workshop in Lagos on “Understanding audit template”.

The well-attended event is aimed at introducing the auditors to the stakeholders in the sector and also show the audit template to all concerned in the spirit of transparency so everyone would be aware of the audit process and no one would be caught unaware or embarrassed when the auditors makes request of them.

Speaking at the opening of the workshop, the Executive Secretary of NEITI Mrs. Zainab Ahmed stated that since its inception in 2003 NEITI has carried out audit processes in the oil and gas sector for the periods 1999-2004, 2005 and most recently 2006 to 2008 respectively.

“Hence the process we are about to explain in this workshop is not entirely new to most of the companies represented here.  But we in NEITI are aware that in all of the previous audits  none perhaps will attract the kind of attention and public interest than the one we are set to commence.

This is as a result of  recent and on-going developments in the sector which has led to increasing public suspicion and allegations of corruption  in the sector.

NEITI recently held a national conference and one of the issues that came up at the conference was the need for NEITI to bring up its audit process as required by law, and in response to this national expectations, two indigenous and reputable audit firms have been engaged to carry out the audit of the mineral sector and the oil and gas industry from the period 2007 to 2010 and 2009 to 2011 respectively.”

Accroding to the NEITI boss the importance of these projects can be found in its relevance to providing relevant  current and reliable information and data on the amount of money that companies paid to government tax, royalties, levies, bonuses  etc during the period under review.

She explained that the exercise would also provide information to the public on what government received and what it was expected to receive. “ the audit would also establish remittances of the funds accruing from the sector to the federation account as at when due.  We are certain that the comprehensive audit of the sector at this time of ongoing national debate on transparency and accountability in the management of revenues in the oil and gas sector is a timely, critical  and sensitive national project.”

Mrs. Ahmed noted that it is for the above mentioned reasons that a Nigerian firm Sada Idris and Co have been engaged while Haruna Yaha and Co are to conduct the audit for the solid minerals sector.

“The project about to commence is unique in many respects as it is the first time NEITI will be expanding the audit to cover fully the downstream sector of the oil industry”.
It would be recalled that NEITI was inaugurated in February 2004 by former President Olusegun Obasanjo when he set up the National Stakeholders Working Group (NSWG) under the leadership of Mrs. Obiageli Ezekwesili.