LAGOS-FOLLOWING the incessant bombings in some parts of the country and in order not to be caught unawares by any form of militancy or terrorist attacks Oil depots in Nigeria have beefed up security around their depots to avert any attack.

The combination of tank farms situated within the popular Ibru complex along Apapa Oshodi expressway, have started putting measures in place to ensure that adequate security within and around the complex and also around the jetties are stepped up. 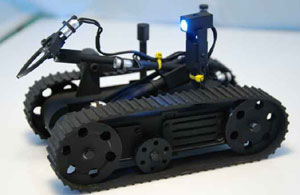 There are more than 20 petroleum tank farms sited within the Ibru complex. Investigations carried out have also revealed that some of them have started acquiring bomb detecting gadgets as well as fixing CCTV technologies to be able to detect and monitor suspicious movements around the complex.

Speaking in Lagos, the Chairman of the Technical Committee of Depot Operators of Ibru Port Complex, Mr. Geoffrey Okorie lamented that currently, there is no adequate security for the multibillion naira facilities inside the complex. According to him, the different occurrences around the jetties have also proven that the jetties are not safe from external attacks.

Geoffrey who was speaking immediately after the monthly meeting of the stakeholders for the month of March explained that, “the main discussion of today’s meeting borders on security and how we intend to step it up, some depots have acquired bomb detectors and other sophisticated gargets, I can assure you that very soon the other resolutions we had on the issue will become known to the public” he said.

Okorie said that the security level at the jetties is very poor and that each of the tank farms is providing their personal securities as much as they can. “as far as I am concern, there is no security on our waters an even at the jetties, the navy are not well equipped, they can only seat at the jetty and fire their guns but they do not have the equipments and the boats to pursue sea robbers to the high seas” he stressed.

Throwing more light on the agreement between the tank farms and the Nigerian navy, Okorie said that the scourge of attacks from the Islamic sect; Boko Haram, which has created concern for the Federal Government made it to set up a task force of the navy and dispatched them to the tank farms in Lagos in order to forestall any attacks on the petroleum tank farms which according to him are a time bomb waiting to explode.

“We were not the one that invited the navy here, they were dispatched here by the federal government to police the area, we are just providing them with necessary supports they need”

Continuing, he said “by right, several kilometers away from shorelines to the sea belongs to the navy, so originally they are supposed to be present here”

He explained that the stakeholders will soon have a meeting with the Lagos State Government as well as the maritime truck owners on how to further decongest the service lane of the expressway and to remove all articulated and abandoned trucks from the vicinity as investigations have shown that they can be easily used for planting of bombs.