LAGOS-Even though it was rated as the best and cheapest terminal in terms of clearing of imported vehicles coming into Nigeria, the Ports and Terminal Multipurpose Limited (PTML) Bonded facility at Mile 2 bus stop along Apapa Oshodi expressway, and the officers of the Nigerian Custom Service attached to the terminal, have been accused by freight forwarders of forming a cartel which is gradually making clearing of vehicles at the terminal a nightmare. 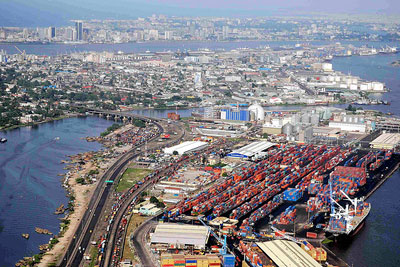 The clearing agents operating at the terminal have hitherto commended the PTML terminal for being the most efficient terminal where release of vehicles are carried out with less bureaucracy, but apparently, the smooth relationship is gradually being soiled by overzealous customs officers who the agents have accused of extortion.

Some of the agents who spoke in Lagos yesterday alleged that whenever a vehicle is cleared from the PTML terminal in Tin Can Island Port, the shipping company; Grimaldi, without the notice of the agents transfer it to the mile 2 off dock terminal for the release to be taken there, but getting there the custom officers will demand for the clearance procedure to be carried out all over again.

One of the agents who claimed anonymity said that “The custom officers in mile 2 PTML are forming a cartel in the sense that, it is an annex of PTML, here at the terminal you release a vehicle but when you get there they will ask you to release again and they call it ‘cross releasing’ I am not sure that customs is having such in other places, they will tell you they want to re-examine what a custom officer here have already examined and released, all these are ways of extortion” he lamented.

One of the victims of the situation, Mr. Okey Anorue of Skill Maritime Limited, complained that he had as at last Friday completed necessary documentation on his cargo including the customs CIU, but that on getting to the terminal on Monday to take release of his vehicle he found out it has been transferred to Mile 2 where he was told to go and pay another money and start the clearance over again.

Lamenting bitterly, Anorue said that “The vehicle was already on the line and all the necessary custom papers have been signed including the CIU, but Grimaldi did not inform anybody that they are transferring our vehicles to mile-2, on getting to mile-2, instead of customs to accept the signatories of the officers at the main terminal they ask you to go and start afresh”

“All the work we did on Friday, we got there now and found out they have been taken to mile-2, if you go to the ship side now they are moving more vehicles due for release here over to mile-2, the duty has been paid and the due process have already been followed, what is suppose to be done is for the gate officer at the terminal to pass you, but they will still demand that you cross release”

Also confirming the report, the PTML chapter chairman of the National Association of Government Approved Freight Forwarders (NAGAFF) Mr. Ugochukwu Nnadi confirmed that the practice actually exists and that it was brought to the notice of the Customs Area Comptroller of the PTML custom command at last month’s stakeholders meeting where he promised to look into the issue.

He however said that sometimes, the situation is caused by the clearing agents who refuse to pay actual duty on their consignments and prefer to cut corners.

Speaking, Nnadi said “we are complying, but in every organization there will be bad eggs here and there, there may be a situation where somebody tries to beat the gun, and the person knows it is wrong but he tries to maneuver his way out, at the end of the day he gets to mile 2 and meats a different ball game, such a person is on his own, someone may be carrying a consignment which ordinarily he should have paid duty for it, in the customs we also know that there are very few bad eggs, in every setting there will always be a Judas”.

Vice chairman of PTML chapter of the Association of Nigerian License Customs Agents (ANLCA) Mr. Tobi Emmanuel also confirmed the developement, saying that the situation has been reported to the CAC who have subsequently promised to look into the matter.

“We reported it at our last meeting and the CAC promised that he is going to handle the issue, we are giving him this month to work on it, by our next meeting we shall see how far”