By Laz IBEABUCHI
LAGOS–Diamond Bank Plc has announced that its profit before tax for the first quater of 2012 was N7.5 billion.
The bank pegged this on the back of robust operating efficiency and the completion of balance sheet clean-up, and provision of comprehensive banking and other financial services to corporate and individual customers across Nigeria and Africa.
Its financial highlight showed a bounce back to profitability on significant operating profit growth and falling cost of risk which is now 4.7 per cent from11.6 percent year ending 2011. 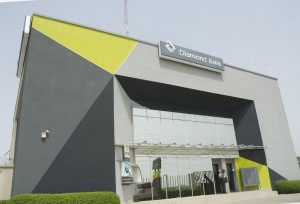