LAGOS-THE 20 wealthiest people on Earth lost a combined $9.1 billion last week as renewed concerns that Europe’s debt crisis might worsen drove the Standard & Poor’s 500 Index to its largest decline of 2012.

Mexican Carlos Slim’s fortune fell by $1.5 billion during the week as shares of his telecom operator, America Movil SAB, dropped 2.2 percent through April 4. Mexican markets were closed yesterday for the Holy Thursday holiday. The 72-year-old remains the richest person in the world, with a net worth of $69.2 billion, according to the Bloomberg Billionaires Index. 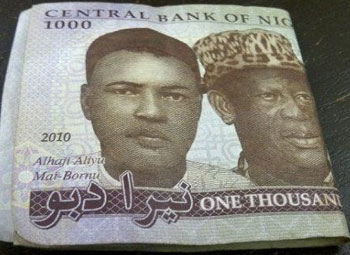 “This is a little bit of a reality check,” , chief investment officer for New York-based BNY Mellon Wealth Management, said in a telephone interview. “The super wealthy are among the most cautious investors in the world. Skepticism is still high, and they are feeling very, very nervous.”

Global markets retreated last week as demand fell at a Spanish bond auction and minutes from the U.S. Federal Reserve’s latest policy meeting indicated that it isn’t ready to provide more monetary stimulus. The Standard & Poor’s 500 Index fell 0.7 percent, to 1398.08, its third weekly decline of 2012. The STOXX Europe 600 lost 1.6 percent to close at 259.07.

The two companies will set up a technology center to serve customers in Brazil, Chile, Colombia and Peru.

Batista, whose fortune rose $7.2 billion last week after the 55-year-old sold a 5.6 percent stake in his commodities empire, ranks 10th on the index. His net worth of $33.5 billion is up 49 percent year to date.