By Oyise Oghene
Director General of the Nigerian Civil Aviation Authority (NCAA), Dr. Harold Demuren has said that the court order given by Federal High Court in sitting Lagos to garnish NCAA’s account was a great danger to the safety of the aviation industry and the passengers flying in the Nigerian airspace.

Dr. Demuren who was ably represented by the Director of Aerodrome and Airspace Standard, Alhaji Haruna Lawal at the Aviation Law Seminal held at the Sheraton Hotel, Lagos pointed out that garnishing the NCAA’s account was done without any recourse to the safety implication in the industry.

He further added that without funds, it would be difficult for NCAA to ensure safety in the aviation industry adding that it could even lead to the agency’s inability to manage security at the airports as its oversight function.

“Without funds, NCAA will no longer be in a position to ensure the safe operation of aircraft operating in our airspace and to carry out daily mandatory surveillance and safety inspection of flights and the flight crew, and the monitoring of airport security” 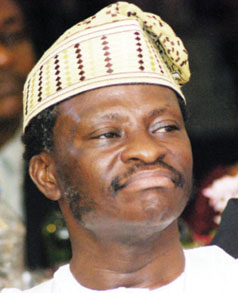 “This obviously will leave NCAA with no option than to shut down the operations of the entire industry which will definitely not augur well for the economy and commerce of the whole Nation. We strongly believe that our respectable Judges and Honourable Courts are full of wisdom and could direct other ways of bringing about enforcement of laws, rights and obligations of stakeholders in the aviation industry, particularly when such matters affect NCAA and other aviation parastatals without necessarily resorting to garnishee orders which have devastating effect on the operations of the industry” he said.

Also speaking at the seminal, Chief Judge, Federal High Court of Nigeria, Justice Ibrahim Auta while appreciating the DG for organizing such a seminal affirmed that it would afford the Federal High Court to know more about aviation as such would help them in making good judgments and laws that would help in moving the industry forward.

“If you are talking about technology, aviation industry is the highest and as you know, it is only the Federal High Court that has jurisdiction in aviation matters and I think that NCAA is doing well”