ICAO asked to install GPS for civil aviation use

LAGOS-The installation of the Global Positioning System by the International Civil Aviation Organisation for use by member states airlines would help improve safety in the world’s aviation industry.

This was the position of one of the personnel of the Institute of Air and Space Law, McGull University, Montreal, Canada, Dr. Yaw Nyampong  at the second day of the Nigerian Civil Aviation Authority aviation law seminar for Judges of the Federal High Court of Nigeria in Lagos. 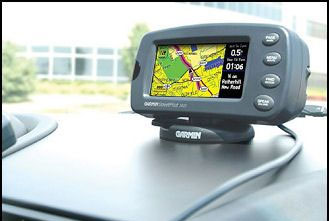 According to him, currently, most countries in the globe including their airlines currently depend on the GPS provided by United States of America, European countries, Russian and China, saying that the countries could decide to withdraw the facilities any moment, but said that once such facility is provided by ICAO, member states could tap into it for aviation use.

Speaking on air traffic controllers and their culpability in global air crashes, Nyampong stated that some of the accidents in the globe were as a result of the negligence of the controllers who at times mislead the pilots to take a certain actions, which eventually result to accidents.

He, however, said that despite their negligence, the global civil aviation practices do not recommend punishment for the controllers, which he said if institutionalized could jeopardise safety in the future.

He emphasized that the essence of investigation into probable cause of an accident in the sector was not to apportion blame or ascribe liabilities, but rather to enhance the safety of civil aviation, find causes of the accident and prevent recurrence in the future.

“Those who engage in accident investigation have a clear mandate to focus on the facts and the probable causes of the accident, which is different from criminal investigations that are always looking for culpabilities.

“It will be difficult to use civil investigation as a basis for bringing air traffic controllers to book, but that has not prevented the government from instituting criminal enquiries or investigations into each of those accidents for the purposes of knowing who was at fault and not for punishing those who were culpable in the accident. This is what the law is,” he said.

Also, a professor of global governance in air and space law at McGill University in Montreal, Canada, Paul Dempsey in his paper ‘International Air Carrier Liability for Death and Personal Injury to Infinity and Beyond, decried that compensation had always been the major challenge with the Warsaw Convention of 1929, which he said capped liability for personal injury at $8,300 unless the carrier engaged in willful misconduct.

But he explained that the Montreal Convention of 1999, which was ratified by 103 ICAO members specified $100, 000 to victims of air accident anywhere in the globe.

He insisted that market forces would not provide the needed succour for the industry and predicted a gloomier picture for the airlines in the future.