EUROPEAN banks remain under pressure from weak growth and high debt repayments. They need to strengthen their balance sheets by reducing assets and increasing their capital, a process known as deleveraging, to regain investor confidence, the IMF said in its latest Global Financial Stability Report.
European policymakers have taken a number of important policy actions in recent months to help stabilize the financial system. 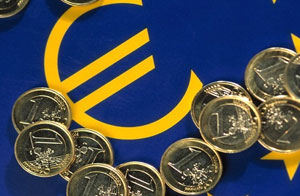 These include stronger fiscal and structural policies being put in place in Italy and Spain, the agreement on funding for Greece and private sector debt restructuring, the European Central Bank’s lending to help banks refinance over the next three years, and a more flexible and better funded plan to manage crises.
“So far, current policies have prevented a ‘credit crunch’, but if financial stress intensifies a large scale and synchronized deleveraging by European banks could do a serious damage to asset prices, credit supply and economic activity in Europe and beyond,” said José Viñals, Financial Counsellor and head of the IMF”s Monetary and Capital Markets Department, which produced the report.
Viñals said much remains to be done to build on the limited breathing room provided by recent policy steps.
The report said that severe stress in the euro area’s banking and government bond markets in late 2011 prompted banks to shrink their balance sheets. European banks have been under pressure to reduce leverage since 2008, and have accomplished this by selling assets, and raising capital while limiting their cuts in lending to companies and households.
The key is to strike the right balance, as banks need to strengthen their balance sheets to increase their resilience over the long run. At the same time, it is essential to avoid large scale reductions in lending that may undermine economic growth and the global recovery.
“Some deleveraging is healthy, as banks cut noncore activities and reduce reliance on wholesale funding, making their balance sheets more robust. But like Goldilocks, the amount, pace, and location of deleveraging must be just right – not too large, too fast or too concentrated in one region or country,” said Viñals.
The economic outlook has improved somewhat in recent months, and low growth in the euro area will make it more difficult to deal with high debts weighing down governments, the corporate sector and households.
Emerging economies have coped with the latest round of shocks and managed deleveraging from European banks, thanks to flexible policies that helped their economies during the crisis, combined with targeted macroprudential instruments, according to the IMF.