LAGOS-The Chief Executive of Royal Dutch Shell Plc, Mr. Peter Voser, has revealed that the oil major is assessing projects that could be worth up to $4billion to boost oil production in Nigeria and cut flaring of associated gas.

Voser made this known in a comment published on the company’s website, adding that the projects would be completed by 2015.

“Shell is assessing new projects for onshore Nigeria, which will add new production and reduce flaring. These projects could cost some $4 billion,” he said during a speech at a London event on sustainable energy the firm put up on its website. 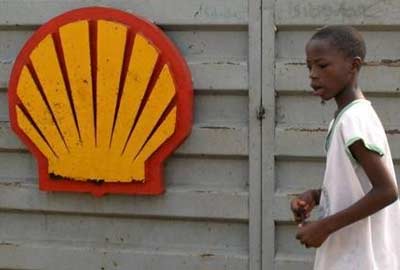 Oil majors such as Shell, have been criticised for flaring gas instead of trapping it for other economic uses like power, as in Nigeria, which suffers huge power shortages on account of gas supply challenges despite being among the world’s top oil and gas producers.

Last week on this column, Vanguard reported that Shell, in its 2011 Sustainable Report, admitted to emitting in excess of 60 million tonnes of carbondioxide, C02, into the Nigerian environment, which portend grave environment and health risks.

Flaring is a major complaint of inhabitants of the oil-rich Delta, whose labyrinth of creeks and swamps are often lit up at night by the bright orange glow of gas flares.

Voser did not, however, give details of the anticipated projects but said their completion would be subject to approval by Shell’s partners and security in the volatile Niger Delta, where Shell operates.

Investments by oil majors in Nigeria have been held back by a lack of clarity on regulations and oil theft, leaving some predicting that production will start falling soon.

Furthermore, the much-awaited Petroleum Industry Bill, PIB, which is meant to overhaul everything from fiscal terms to the national oil company, has been blocked by political wrangling for many years.