The Managing Director of Access Bank Plc, Mr. Aigboje Aig-Imoukhuede, said he will resign as the head of the bank before December 31, 2013.
Speaking at the Annual General Meeting of the bank in Lagos, Aig-Imoukhuede said his absence will not create any vacuum and would not affect the bank negatively, because the bank is endowed with individuals capable of driving the growth and progress of the bank. 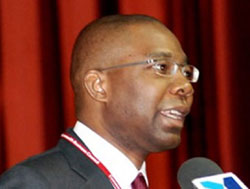 He disclosed that succession and leadership is not an issue with the bank, adding that at the appropriate time, the most qualified individual will take over when he steps down.