Sub-Saharan Africa’s economies will expand at a slower rate in 2012 than earlier projected, undermined by global financial distress and a sluggish recovery in South Africa, the International Monetary Fund (IMF) has said.

Africa’s growth has remained above 5 per cent in the last eight years, underpinned by strong prices for its natural resources, better governance and growing disposable incomes. In its latest Regional Economic Outlook, the IMF forecast 5.4 per cent growth this year from 5.1 per cent in 2011. Its previous projections were 5.9 and 5.5 per cent respectively. 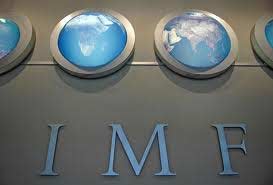 “The growth outlook for 2012 is somewhat less favourable than outlined in the October 2011 Regional Economic Outlook, with the growth projection for 2012 now cut by almost one-half a percentage point, driven in large part by the weaker economic outlook for South Africa,” the IMF said. Growth in Africa’s economic powerhouse was likely to be a relatively modest 2.7 per cent this year and 3.4 percent in the next, held back by its reliance on trade with Europe and close links with western financial markets, the Fund said.

However, an upturn in drought-hit east Africa, fresh output in new natural resource producers such as Niger and Sierra Leone and recovery in post-conflict nations such as Ivory Coast should help boost the continent’s economic activity in 2012. Sierra Leone and Niger could post outstanding growth of 35.9 and 14 per cent respectively. Big oil-producers Nigeria and Angola will also be major drivers of the expansion.

Economies reliant on non-renewable resources are experiencing faster growth but are also suffering the worst volatility in exports, revenues and GDP expansion, the IMF said. The fund also said the rapid expansion of pan-African banks may be cause for concern in countries with poor regulation. Banks such as South Africa’s Standard Bank, Togo-based Ecobank and Kenya’s KCB have been widening their reach, increasing competition in their new markets while improving technology and expertise.

“But rapid expansion of these groups may, in some cases, have outpaced supervisory capacity. Under adverse economic conditions across the region, these banking grounds could become a channel for cross-border contagion,” the IMF said. Countries with fast-expanding loan books should prioritise strengthening the resilience of their financial sectors, the IMF said, pushing for cross-border supervision in the region.

“Effective mechanisms for limiting cross-border contagion, such as ring-fencing arrangements aimed at preserving subsidiaries’ resources could be added to a review of existing banking-resolution frameworks,” the IMF said. Other than Nigeria, most African banking systems have remained resilient in the face of global financial stress due to their limited exposure to the global financial system, although they have suffered because of a drop in trade levels. However, the IMF also cited Zambia as an example of an open frontier economy that can suffer a commercial credit crunch when foreign interest in sovereign bonds dries up and local banks switch to being solely financiers for the government.