The mutual understanding and peaceful business environment that is usually enjoyed at the Ports and Terminal Multiservice Limited (PTML) command of the Nigeria Custom Service was once again disrupted as freight forwarders operating at the terminal and its offshoot at Mile2 area of Lagos protested against the Nigerian customs for deliberately frustrating the agents.

The freight forwarders had come out in large numbers carrying placards and specifically requesting the removal of the officer in charge of the PTML Mile 2 vehicle terminal who is simply known as OC Bose, for allegedly treating freight forwarders inhumanly.

Some of the freight forwarders who spoke to our correspondent at the terminal alleged that the officer in collaboration with other senior officers at the Mile 2 terminal has formed a sort of cabal at the terminal and that this is soiling the good rapport the agents enjoy with the command. 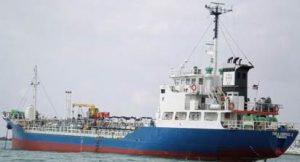 Speaking at the terminal today, an executive of the PTML Chapter of the National Association of Government Approved Freight Forwarders (NAGAFF) Mr. George Okafor explained that OC Bose has practically fashioned herself to be a Customs Area Comptroller at the Mile 2 terminal and that “the worst of the situation is that when a whole DC gives you value at PTML here, when you get to mile 2 she will send you back to go and get confirmation of the value, she will tell you that the value has been compromised”

Continuing Mr. Okafor explained that it is as a result of the recurring action that drove the agents to organize the protest on Monday. “Our boys said they cannot take it anymore and we had a demonstration that the woman should leave, not only her, there are other people there but her own was the major one, we are doing it one after the other”

Mr. Okafor lamented that there is a cabal operating at the Mile 2 terminal and that they seem untouchable, he said that at every stakeholders meeting held with the Customs Area Comptroller, the case of the woman has been brought up but that nothing has been done about it. According to him, while delivery of cargoes can be done at the PTML RoRo terminal within 24hours, it is not obtainable at the mile2 terminal.

When he was contacted , the Public Relations Officer of Customs PTML Chapter, Mr. Steve Okonmah explained that the situation was as a result of a breakdown in communication, even as he assured that the contending issues are already being addressed by the CAC.

Okonmah explained further that the CAC had held a closed door meeting with the executives of all the freight forwarding associations at the chapter that he has promised to address the case.

One of the “proactive steps the CAC has taken is that, a staff officer has been sent to the Mile2 terminal to bridge the communication gap between the agents and the officers and to also ensure that there won’t be need to send agents back here for reconfirmation of value” he said

Okonmah also explained that four Assistant  Comptrollers from the command has been sent down to the mile 2 terminal to assist and to further ensure that the backlog of cargoes at the terminal is cleared.

“Everywhere is at peace now, you know that when there is a change, there is meant to be resistance, the officer in question is acting according to directives and she cannot just be removed” Okonmah assured.

He said that PTML terminal is a hub of vehicles and that more than fifty percent of the vehicles coming to the terminal are stemmed down to be received at the Mile2 terminal and that this has been one of the cause of the restlessness.