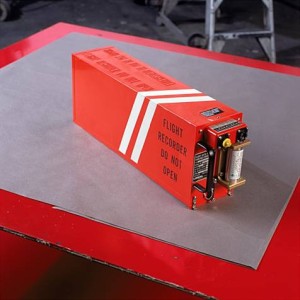 LAGOS-The Flight Data Recorder (FDR) and the Cockpit Voice Recorder (CVR) also known as the Black box has been reported found, according to the body saddled with the responsibility of investigation, the Accident Investigation Bureau (AIB)

Spokesperson of the AIB, Mr. Tunji Oketumbi explained yesterday that investigators recovered the black box from the scene of the crash, even as preliminary work has commenced on how to ascertain its content.

Oketumbi said that officials of AIB have started gathering evidence needed for the investigation from the components of the aircraft, which will be taken to laboratory for test and detailed examination.

He further went on to say that investigations will be carried out in collaboration with the United States National Transportation Safety Board (NTSB), which officials are expected in the country.

He explained that the NTSB, team is expected to bring along the representatives of the country of manufacture of the aircraft as well as to assist in the investigations.

He ruled out any cause of the accident being known for now, as thorough investigations will be carried out with all the components of the aircraft, which has been recovered from the crash scene.

Oketumbi explained that for now, nothing could be disclosed about the cause of the crash until the teams of investigators have completed the assignment.

He further explained that the Nigeria Civil Aviation Authority (NCAA) is collaborating with AIB, to ensure a hitch free investigation.