PENNSYLVANIA– FOLLOWING last Sunday’s Air disatser in Lagos, Nigeria involving a domestic Airline, DANA Airline whic killed the entire 153 passengers on board, the Nigerian National Petroleum Corporation(NNPC) which lost some prominent staff amongst them its spokesman and Image maker, Dr. Levi Ajuonuma has commisserated with all affected families and Nigeria in general

According to a statement released by its General Manager, Media relations, Dr. Omar Farouk, The Management and Staff of the Nigerian National Petroleum Corporation (NNPC) received with great shock the news of the air crash involving Dana Airlines Flight 0992 from Abuja to Lagos on Sunday, June 3, 2012 in Iju-ishaga area of Lagos.

In a statement released from the United States where he is attending an official engagement, the Group Managing Director of the Corporation, Engr. Austen Oniwon, said that “NNPC as a family is united in faith with God who is all-knowing; it is only God that can comfort and console us at this dark hour.

I pray for the repose of the gentle souls of our departed colleagues, members of their families and other Nigerian and international passengers and crew in the ill-fated aircraft and for God to grant the nation, the nuclear families that lost their beloved ones the fortitude to bear the irreparable loss.

He extends his deep condolences to Mr. President, the Honourable Minister of Petroleum Resources, members of the NNPC and the Nigerian Oil and Gas industry family that have lost a number of their colleagues in the disaster”.

The Group Managing Director says in this trying period, the NNPC family must keep faith. 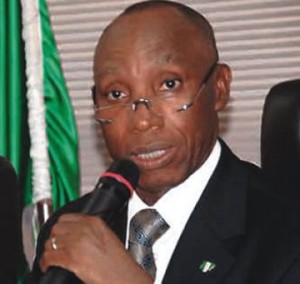