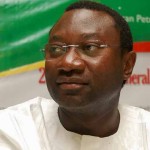 ABUJA-FOLLOWING the controversy over oil subsidy misappropriation by Nigerian oil companies which has recently included Zenon Oil and Gas,  There are indications that Nigeria’s House of Representative might be facing a trillion naira lawsuit for defamation of character after its plenary session on Friday adopted a resolution to re-enlist  Zenon Oil and Gas Ltd and Synopsis Enterprise Ltd on the list of companies that had corruptly enriched selves through fraudulent subsidy payments Biztellers has been able to gather from sources close to the business magnate even has he has also threatened to sue the State Security Service if the Service fails to air the video recording of the controversial scam currently in its custody.

The House of Reps suspended the Chairman, Adhoc Committee on Oil  Subsidy Probe, Farouk Lawan,  and referred his case to the its Ethics Committee. Lawan, a ranking legislator since 1999 and member of the  ruling Peoples Democratic Party (PDP), was accused of receiving $620,000 gratification from oil magnate, Femi Otedola, to expunge his company, Zenon Oil and Gas Ltd, from the list of oil marketers involved in fraudulent gasoline imports that led to the theft of $6.7 billion

Chairman of the company and the man in the middle of the storm, Femi Otedola has however threatened court action over the controversy saying the House reps dragged his reputation into disrepute by involving him in a sector which is not even his line of business. Mr Otedola,  is also angry at insinuations by some House members that he framed Lawan and that he (Otedola) is just as guilty as the man he framed.

Otedola believes the failure of the police and the State Security Service (SSS) to make public the video recording he gave them is causing him a lot of damage. It was also gathered that  Otedola has approached a lawyer to seek an order compelling the SSS to publish the audio and video recording to show who did what and when.

Otedola has said he wants the case handled on merit and not on sentiments and he is prepared to confront Farouk Lawan in court. The move came as the House of Representatives re-instated Otedola’s company, Zenon Oil and Gas to be investigated by security and anti-graft agencies as one of the companies that collected foreign exchange (Forex) from the Central Bank of Nigeria to import fuel but failed to do so.