The Department of Petroleum Resources DPR, yesterday, discovered about two million litres of suspected adulterated Automotive Gas Oil, AGO, also known as diesel at the Defense Jetty in Marina, Lagos.

The oil and gas industry regulator declared that the product must have been adulterated based on the colouring, which did not meet industry specification. 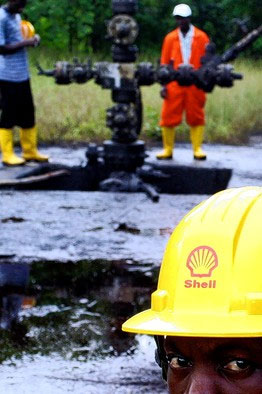 The Deputy Director, Public Affairs of DPR, Mrs. Belema Osibodu, said “We have a sample that we got from the Defense Jetty. From the way it looks, it is obvious that the product is contaminated. This kind of activity has given DPR a bad name, and it is this kind of source that brings in adulterated products into the market for public consumption that automatically affect the public negatively.”

The DPR also arrested two men, suspected to be involved in the illegal activity, using two barges allegedly belonging to Millennium Shipping, which included the Administrative Officer and the Chief Security Officer of the shipping company.

The culprits were later handed over to the Police at Zone 2 Police Station, Onikan, Lagos for further investigations, after the Administrative Officer identified as Mr Promise Olayinka, admitted that the barges belonged to his company, but denied any knowledge about the illegal activities in the jetty.

The Assistant Director, Products Depots and Jetties, DPR, Mr. Olarenwaju Buraimoh, told newsmen that the jetty has been under strict surveillance for some time due to information reaching it that illegal activities are been carried out in the jetty.

He said, “For some time now, we have been monitoring activities here. If you come here in the evening or sometime in the afternoon you will notice numerous tankers loading products that are off specification.

“You can see two barges (one of them with registration number BC6215) ready to discharge their products and some of the spills of the products are on the floor.”

Insisting on the illegality of the activities going on at the jetty, Buraimoh said the jetty is not licensed by DPR, which is why the incidence was reported to security agencies.

“The closure of the jetty is in the hands of the security agencies because we have reported it to them and it is well documented in writing to the National Security Adviser, to the Navy Command, and the Commissioner of Police, and we hope that they will take action and the Minister of Petroleum has promised to act on it.

In an earlier inspection the DRP also fingered the Waziri Jetty in Apapa, as one of the firms where unscrupulous marketers discharged adulterated diesel.

Olarenwaju said that such activities prompted the Department to suspect the jetty as one of the hotspots for products adulteration. The Waziri Jetty is owned by the Nigerian Ports Authority, NPA.

Some marketers including EuroAfric, Hencemor, Energy Destination and A-Z Petroleum were identified s being among those that received products from the jetty.

Olarenwaju said the criminals often discharged the product at night from badges into waiting trucks with the connivance of some security operatives.

He said the depot had been shut down several times to deter the criminals from such nefarious activities, but they refused to desist from the act, and had even gone ahead to threaten DPR officials several times.