United Bank for Africa, UBA has reduced the charges associated with ATM cards, significantly lowering the cost of transactions, particularly for its Verve Debit card customers. Instead of the monthly charge of N100 which is a flat fee charged to all ATM card holders, UBA has introduced a pay-as-you-go charge structure. 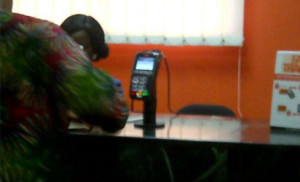 In the month a customer does not withdraw cash at the ATM but use PoS and Internet to make payments the customer will not be charged the N100 flat fee. This is to encourage the uses of alternate channels. Divisional Head e-banking, UBA, Dr. Yinka Adedeji said the move was aimed at delighting customers, following recent complaints and feedback as well as foster the Cashlite initiative of the Central Bank of Nigeria to the mass market.
He explained that ATM card holders who seldom use ATMs will now pay less. “If you do not use the ATM to do cash transaction you do not pay”. He was quick to point out that frequent ATM users are not disadvantaged as a result of the new pricing regime.  “Assuming as a frequent user and you visited the ATM more than 10 times during the month, you will not be charged more than the monthly cap of N100” he stated.
He explained that Pay-as-U-Go type of charges is only applicable with the bank’s local Verve Debit card though UBA has kept open the option of Visa and MasterCard single currency cards that still attract N100 per month fee with unlimited ATM access. “Customers are free to choose the N100/month or the Pay-as-you-go option” said Adedeji. United Bank for Africa (UBA) is a leading Pan African Bank with presence in 19 African countries, New York, London and Paris thus being able to effectively arbitrage Africa an African related business globally.