Nigeria today, 4 July 2012, signed a Memorandum of Understanding with a South Korean Company, Daewoo Engineering and Construction Company Ltd, to facilitate the production of 10,000MW of electricity projects in the country.

The Company has undertaken to provide 20 per cent equity in the various projects identified under the scheme, in addition to providing expert advice and guidance on electrical, production and construction of power projects to companies wishing to do business in Nigeria under
the agreement.

Minister of Power, Prof. Bart Nnaji signed on behalf of the Nigerian government, while the President and CEO of Daewoo E&C, Mr. Sang-Real Kim, signed on behalf of his company at the event which took place at the Power Ministry’s Conference Room in Abuja.

“Today is a very important day for the relationship we want to create, ourselves and Daewoo and the people of Korea,” Nnaji said during his remarks to flag off the signing ceremony. “The president was in South Korea and he gave us opportunity to reach your company, in that we agreed with your CEO that we would enter into a memorandum of understanding on how to work together and how your company would work with us to improve power supply in Nigeria.”

Nnaji further said that the MOU would change the old system of contractors coming to the country simply to work and get paid and the go. “We are now making the power sector attractive for investment by international investors,” he said to the visiting Daewoo team, adding that it was now hoped that they will not only execute contracts but will also invest in the power sector under the MOU.

In his remarks, the Chairman of Daewoo E&C, Chief Joseph Penawou, expressed delight on behalf of his entire team at entering into the MoU with the Federal  Government.

It is the 5th MoU to be signed by the Nigerian government and various international investors since the launch of the Nigerian power reform road map on August 26, 2012. 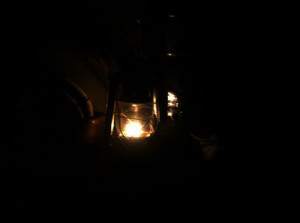 Power black in many homes in Lagos

The ceremony was witnessed by key staff of the ministry including the Minister of State for Power, Architect Darius Dickson Ishaku, and the Permanent Secretary, Dr. Dere Awosika.