He said this at a lecture organised by International Chamber of Commerce Nigeria (ICCN) to mark its Annual General Meeting in Lagos. ‘‘The global price of oil will have adverse effect on the Nigerian economy because of our over-reliance on crude oil. Every one dollar drop in the price of oil will amount to a dollar drop in our external reserve. It will depreciate our exchange rate,’’ he said. 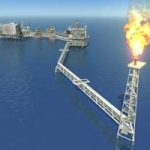 Rewane said that Nigeria was currently producing less than the needed quantity of oil that could sustain the economy. ‘‘Our current oil production is too low.  For Nigeria to meet her expected budgetary revenue, we should be producing four million barrel of oil per day,’’ he said.

He said that the removal of oil subsidy, if properly implemented, would further stabilise the Nigerian economy. ‘‘The oil subsidy has created a big strain on the Nigerian economy. Its total removal will be beneficial, if properly managed. The proceeds from the subsidy should be channelled toward provision of infrastructure facilities that will enhance the economy.  Refineries and good roads should be constructed. Our industry structure should be shifted from current oil monopoly to market based,’’ he said.