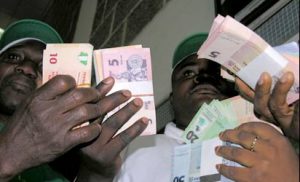 The data presented was facilitated by NACCIMA through the issuance of Certificate of Origin (C of O) to genuine exporters of non-oil products in the country.

NACCIMA said it believed that some of the export products may have either recorded increase or decrease, which is mainly attributed to increase in global demand/ favourable season or global externalities arising from low demand/ off season, which impacted negatively on capacity of industries optimally produce for export markets.

Given the continued desire by the Federal Government in its reform agenda to boost non-oil export sector in the country, NACCIMA said it still believe that necessary and appropriate incentives, including infrastructural support would be required to effectively transform the real sector of the economy, most especially Agriculture and Manufacturing towards achieving Nigeria’s Transformation and Vision 20:2020 aspirations.