Staff of the Federal Airports Authority of Nigeria Monday stopped Arik Air flight to Lagos from the Nnamdi Azikiwe Airport, Abuja from take-off over the refusal of the carrier to remit the collected Passenger Service Charge (PSC) to its coffers. 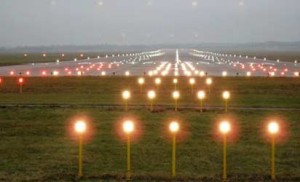 This is coming barely 48 hours after the airline had an incident with a Nigeria Air Force aircraft on the apron of Jos Airport.

A source close to FAAN told Biztellers yesterday that FAAN’s officials stopped the airline from carrying out its flight operations despite issuing boarding passes to the passengers.

The PSC is inbuilt in the ticket of passengers and collected by airlines on behalf of FAAN for the maintenance of facilities at the airports. In all FAAN’s owned airport, the sum is N1, 000 per passenger.

Biztellers also learnt that the debt of the airline to FAAN on PSC alone runs to millions of naira.

Our correspondent further gathered that the passengers were delayed for over fours hours at the airport before the issue was resolved by both parties.

However, when our correspondent contacted the media manager, Arik Air, Mr. Banji Ola on the issue, he denied the imbroglio with the agency’s staff.

He emphasised that the airline had been operating its flight according to schedule.