Stakeholders operating in the nation’s maritime industry have identified the use of radar technology and effective information sharing as the solution to the incessant high-jacking and armed sea robbery on shipping trawlers and oil vessels operating within the Nigerian waterways.

This recommendation was dropped today by a cross section of maritime industry stakeholders at a forum organized by the Nigeria Maritime Administration and Safety Agency (NIMASA) for fishing trawler operators at the Regional Maritime Search and Rescue Center in Kirikiri, Lagos.

According to the stakeholders who took turns to speak at the event titled “the modalities to address hijacking and armed sea robbery on fishing trawlers”, NIMASA needs partner effectively with radar technology outfits through effective use of satellite information in monitoring the activities of vessels operating within the region. 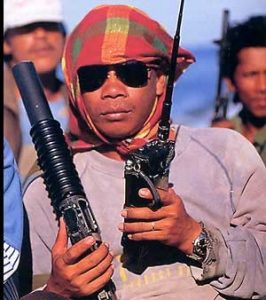 Speaking at the event, Mrs. Bola Kupolati who represented the Directorate of Fisheries lamented that fishing trawlers owners have been discouraged from reporting cases of attacks on their vessels because nothing is being done by NIMASA and the Nigerian Navy about the cases so far reported.

According to her, the directorate being a regulatory agency in charge of the activities of all fishing trawlers in Nigeria in year 2009 had 269 vessels on its list as operating on Nigerian waters but that in present year 2012 the number has reduced drastically to 139. The attacks reported according to her have however declined from 71 in year 2009 to 27 in years 2011.

The number of reported cases according to her is not correct because many of the fishing companies have stopped reporting the attacks while many of them have since been run out of business due to the frequent attacks.

“Nigeria’s food security is being affected, our foreign exchange is being affected because these activities leads to capital flight as many of the foreign vessels now come in to do most of the jobs, in all the stakeholders meeting we have attended it has been talks but no solution” Kupolati lamented
Also speaking at the event, the duo of the President of the Nigerian Trawler Owners Association (NITOA) Mr. Joseph Overo and the former president of the association, Barr. Margaret Orakwusi called on the National Assembly to take a quick look at the Anti-piracy Bill that was recently placed before it and consider it’s because according to her many indigenous companies have been crippled and many children orphaned due to the activities of sea pirates.

In his speech however, NIMAS’s Acting Director of Shipping Developments, Capt. Wareedi Eniosuoh explained that the agency is already in discussion with a Nigerian company; Nigcomsat Nigeria Limited for the integration of NIMASA in the use of its satellite information to secure Nigerian waters.

Capt. Wareedi lamented that many of the vessels operating on Nigerian waters are classified as uncooperative because they usually switch off their AIS tracker and that this has further contributed to the menace of sea robbery and high-jacking. He said that whenever vessels are attacked, information does not get to the appropriate quarters on time for rescue actions to be taken.

He however called on all fishing trawler owners to ensure that they make their sailing plans available to NIMASA before they set out to sea and that “if NIMASA does not hear from you in 2hours after you set out we will assume you are in a bad zone, so we are going to launch out for you”

Capt. Wareedi also advised trawler owners to ensure that they pay adequate attention to the remuneration of the crew members that they employ because many of them are badly paid and that this is what usually leads them into criminal activities such as selling their first cash at sea and subsequently incurring the attention of sea robbers