Access Bank Plc Plans to issue a N54.55 billion ($350 million) five-year Eurobond with pricing in the 7 percent range, a banking source with knowledge of the deal told Reuters on Wednesday.

The bank is likely to benefit from strong demand among frontier market investors for scarce African bonds, and one analyst said a successful deal could encourage other Nigerian banks to issue debt. 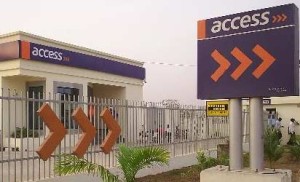 Access Bank will be the third lender from Africa’s top crude oil producer to tap global capital markets. It has mandated Citigroup and Goldman Sachs and has been meeting with investors in Europe and the United States in the past week.

“The bond will be priced this week, and they are looking at yields within the 7 percent range,” the source said.

Last October, Access completed the acquisition of a 75 percent stake in lender Intercontinental Bank, one of nine lenders rescued in a $4 billion central bank bailout in 2009 that has put the banking sector on a stronger footing.

A follow-up 2011 issue from GTB is currently trading around 5.8 percent.

Nigeria’s debut sovereign $500 million Eurobond, issued in January 2011, was more than twice oversubscribed. The 10-year paper, priced with a yield of 7 percent, was trading at 5.43 percent on Wednesday.