Nigerian lenders including Guaranty Trust Bank Plc (GUARANTY) and United Bank for Africa Plc may retreat from opening units across Africa after a central bank directive that stops them from funding foreign subsidiaries, analysts at FBN Capital and Standard Bank Plc said.

Banks must obtain new funds to recapitalize their foreign units and won’t be allowed to use money already raised by their parent companies, the Central Bank of Nigeria said in a statement published on its website on July 26. Lenders that can’t raise additional capital for foreign subsidiaries “in the host market” will have to close the units, the Abuja-based regulator said.

At least seven of Nigeria’s 19 lenders, six of them in the Bloomberg NSE Banking Index (NGSEB10) of 10 most capitalized stocks, operate units across Africa. Guaranty Trust Bank, the West African nation’s biggest lender by market value, owns units in Gambia, Sierra Leone, Ghana, Liberia, Ivory Coast and the U.K. UBA, Nigeria’s fourth-biggest bank, has 15 of its 19 foreign subsidiaries in Africa and expects them to contribute 25 percent of its profit this year, Chief Executive Officer Phillips Oduoza said on a conference call on July 18.

Zambia’s decision in January that foreign lenders must have a capital base of $100 million affects Lagos-based UBA and Access Bank Plc (ACCESS), which operate units in the southern African country. Kenya, Ghana and Gambia have also increased minimum capital requirements for foreign lenders in the past 12 months. 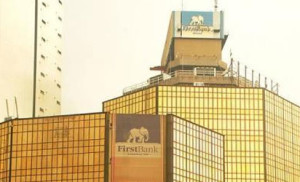 Nasir Ramon Olanrewaju, a spokesman for UBA, said he had no immediate comment on the central bank decision and was awaiting a “clarification” of the company’s position before making a statement. Calls to the mobile phone of Lola Odedina, a spokeswoman for Guaranty Trust Bank didn’t connect. Access Bank spokesman, Olusegun Fafore, said he had no comment when contacted on his mobile phone.

“Nigerian banks with expansion ambitions will have to appropriately assess the viability of the markets before opening branches,” Samir Gadio, emerging markets strategist with Standard Bank in London, said on July 27 in an e-mailed response to questions.

“Banks with a number of subsidiaries in sub- Saharan Africa will need to evaluate those businesses and their market outlook considering that the subsidiaries will have to raise capital in the host country or offshore,” he said.