Nigeria to save $1.25b foreign exchange from domestic LPG usage

Experts in Nigeria oil and gas sector has express optimism that the country can save $1.25 billion (N200 billion) if kerosene consumers switched to Liquefied Petroleum Gas (Cooking Gas).

One such expert is the Managing Director of The Nigerian Independent Petroleum Company (NIPCO) Mr Venkataraman Venkatapathy who urged the Federal Government to formulate a policy that would promote use of Liquid Petroleum Gas (LPG) as cooking gas in the country. 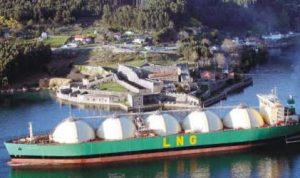 The Managing Director of NIPCO, stated this during the Nigerian Gas Association (NGA) 2012 First Quarter Business Forum in Lagos.

Venkatapathy said that the Nigerian market is large with high potential demand, yet to be tapped, adding that the  LPG could substitute imported kerosene.

“The rural poor need an additional income of N800 million per day to meet their kerosene consumption needs,” he said.

Venkatapathy said that for massive LPG growth programme, “government needs to approve capable public and private companies with the capacity to produce”.

He also said that the regulation of the LPG final price should be the responsibility of the government.
He said that if Government can encourage the use of LPG, it would reduce the huge foreign exchange spent on kerosene yearly and also prevent irregular supply of kerosene, which had always created hardship.

Venkatapathy said that most of the challenges confronting LPG consumption in Nigeria include: the decline in the demand of the product; roadside LPG cylinder to cylinder transfer; and lack of specific regulations.

He said that for home use, the challenges include high cost of LPG to the common man.
He suggested that government should pass a legislative bill that LPG cylinders be marketed by approved big LPG marketing companies.

Mr Chima Ibeneche, President of NGA, in his remarks, said that “The association has come a long way in its quest to contribute to the development of Nigerian gas industry.

“I am delighted to state that NGA have been part of the evolution of a vibrant gas industry characterised by high energies in building consensus between the private and the public sectors in fashioning out Nigerian gas structural plan,” Ibeneche said.

He added that, “the task today and in the years to come is to ensure sufficient gas supply to industries and homes in Nigeria in line with the gas revolution declared by President Goodluck Jonathan.