FSDH Securities Limited, an investment banking firm in Nigeria, has reviewed its upper limit of the Gross Domestic Product (GDP) growth forecast downward to 7 per cent in 2012 from 7.5 per cent. 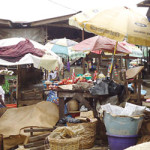 With this, its GDP growth rate forecast range was put at between 6.5 per cent and 7 per cent.

In its half year ‘Economic and Financial Market Review and Outlook for the remaining part of 2012, the company stated that inflation in the remaining part of the year would be influenced by the anticipated increase in import duties in wheat and rice, the prices of food in the international market, fiscal expansion, and supply shortages in the country due to low production, amongst others.

“However, the expected moderation in global commodities prices will lower the impact of imported inflation. Thus we expect inflation rate to hover around 12.5 per cent – 13.20 per cent to end the year,” the report said.

“With the price of Bonny Light at about US$100/b, we expect Nigeria’s foreign reserves to increase by about 17.10 per cent to US$38.55billion which should be sufficient to finance about five months of imports cover. Also, given the price of oil at about US$100/b there may not be need for the FGN to grow its debt portfolio excessively, but may grow it aggressively if oil price falls sharply.

“We expect oil price to remain somewhat high, thus we think public debt will only grow by about 6.53 per cent in 2012 to about N7.34 trillion. The growth in debt will partly be driven by the current high interest rate that government is paying on its domestic debt. The debt to GDP is expected to be in the region of 18.03 per cent.

“Nigeria should maintain a relatively stable exchange rate in 2012. The possibility of marginal depreciation cannot be ruled out. We expect the exchange rate in the region of N158.50/US$1 to end the year,” it added.

According to FSDH Research, in addition to the import substitution strategy of the Federal Government of Nigeria (FGN) as outlined in the 2012 Budget Speech, the major events that will shape economic development in the remaining part of 2012 are: The deregulation of the downstream sector of the oil and gas Industry and the passage of the Petroleum Industry Bill (PIB) into law; The privatisation of the Power Holding Company of Nigeria (PHCN) in order to improve electricity generation, transmission and distribution in the country.