LAGOS-As the country is poised to implement the radical reform in the oil and gas sector, the Governor of Lagos Babatunde Raji Fashola is optimistic that the implementation of the reform will certainly be an engine for growth and have a positive impact on the environment.
Fashola expressed his optimism during the opening ceremony of the 36th Society of Petroleum Engineers, Annual International Conference and Exhibition in Lagos.
He stated that when the various reforms are in place, the country will have no place in the index of nations with the paradox of having an abundance of natural resources and yet comparatively marginal economic growth and development.
He thanked the minister of Petroleum Resources, Mrs Diezani Alison Madueke for her courage in pursuing the reforms necessary to bring the oil and gas industry back from the brink and in for working assiduously towards the quick passage of the Petroleum Industry Bill (PIB).
Nigeria, blessed with huge oil and gas resources which are currently estimated at about 35 billion barrels reserve for oil and 187 trillion cubic feet for gas, Fashola stressed that for various reasons, these valuable assets have not been fully exploited adding that Nigeria’s deep offshore oil and gas resources still remain untapped.
According to him, “Lagos State falls within the Benin sedimentary basin and also among the Nigerian littoral States. Available Information suggests that our offshore territorial areas are endowed with abundant hydrocarbon resources. This hydrocarbon belt is known to cover areas spreading towards the western flange of West Africa and up to Ghana, placing that country amongst the oil players of the world.
He however, urged the Ministr 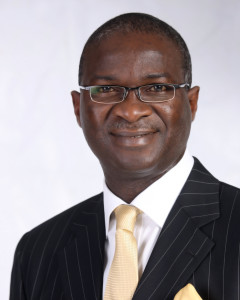 y of Petroleum Resources through the Department of Petroleum Resources to intensify exploration activity within the onshore and offshore Dahomey basins, to enable the country boost its’ Oil and Gas Reserves for its collective benefit adding that  Lagos State is willing to partner with and support the Federal Government in achieving this goal.

Governor Fashola also urged all stakeholders in the oil and gas sector who have been actively pursuing the reform in the sector not to rest on the oars as the reforms are on the horizon,
He said “ All hands must be on deck to ensure that once the bill is passed into law, its implementation stimulates the transparency, efficiency, fairness and equity that we all desire. A law is only as good as Its effect; and its effect depends on its implementation, just as the success of its implementation depends on the desire of all stakeholders to’ make it work. As primary stakeholders, you must not be found wanting. I wish you well in this quest.” The SPE international conference and Exhibition 2012 was held in Lagos for the first time the theme “Future of Oil and Gas: Right Balance with the Environment and Sustainable Stakeholders Participation”