Nnaji’s sack was comfirmed on Tuesday in a short press statement signed by the Special Adviser on Media and Publicity Dr Rueben Abati, even though it was couched as resignation.

According to the statement, “President Goodluck Ebele Jonathan has accepted the resignation with immediate effect of the Minister of Power, Prof. Bart Nnaji.

“President Jonathan thanks Prof. Nnaji for his services to the nation under the present administration and wishes him well in his future endeavours.” 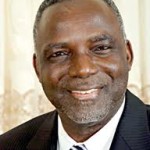 The Minister, who has had a running battle with organised labour in electricity sector since his appointment, has also been accused of diverting funds meant for development of the sector to his own interests.

Nnaji has previously expressed deep frustrations with organised labour and other entrenched interests within the sector, who have resisted his efforts to revamp the comatose power sector.

His fall from the hot seat may have been hastened by his constant rub-ins with executives of power generating plants, even as he determinedly pursued the privatisation agenda of the Federal government.

Earlier on Tuesday, the embattled Minister left the negotiation with organised labour abruptly over his alleged vested interest in the privatisation of Afam power plant.