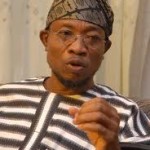 State plans to issue a N30 billion seven year bond this year to help fund infrastructure projects. The state is expecting final approvals from the Securities and Exchange Commission and the Finance Ministry before launching the issue, which would be priced to yield 14.5 percent yield. He did not give a time frame, an adviser to the issue said on Tuesday.