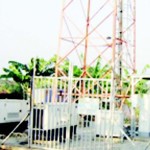 is causing both their operations and subscribers.

It could be recalled that ALTON six years ago secured Lagos state high court judgment on Lagos State Infrastructure Maintenance and Regulatory Agency (LASIMRA), which was later, renamed UFRU, restraining it from exercising any regulatory authority over telecom operators in the state.

The body said that they will protest the sudden reappearance of the old LASIMRA under the disguise of UFRU,

The resort to court action is coming after the body exhausted the option of dialogue.   Meanwhile, source hinted that the Nigeria Communications Commission had also waded into the issue and advised UFRU to stop further action on demolition of mast in the state.   But UFRU reportedly did not adhere to the agreement.   According Joe Igbokwe, general manager of UFRU, “we noticed that a particular GSM operator was building a base station without approval, after government notice that it was illegal to build base stations and towers in Lagos without permit from the ministry, through its agency, UFRU. For violating the law of the state, it became necessary that we pull down the base station because we are not sure of its strength and its environmental impact assessment.”