Oilfield service company Baker Hughes is moving forward with the second phase of its plan to improve its North American margins, particularly for pressure pumping, after making solid headway on the plan’s first phase in the second quarter.

Baker Hughes President and CEO Martin Craighead told attendees at the Barclays CEO Energy Power Conference Wednesday in New York that Baker Hughes has adjusted its workforce to better meet activity levels in basins across North America, has secured and improved terms with critical suppliers, and implemented new technologies and system to manage the flow of raw materials.

Under the plan’s second phase, Baker Hughes will seek to improve operating efficiencies and margins for its pressure pumping business, including bumping up the percentage of its pressure pumping fleet operating on a 24-hour basis from 25 percent to one third, with plans to increase that percentage through 2013. The move is seen as a critical step to maximize return on capital and improve margins, Craighead noted.

Craighead said, the staffing changes on its pressure pumping team will enable the company to develop the frack fleet of tomorrow, which will require:

Baker Hughes’ plan could have similar margin potential as the previous ‘self-help program, although this could take longer to material given current market conditions, said Barclays analyst James C. West in a research note.

“We continue to believe Baker Hughes is well-positioned for the unfolding international upturn and in North America the company’s business appears to be stabilizing, although Canadian activity levels so far in 2H 2012 have been lackluster compared to year-ago levels,” said West.

“As the company’s NAM margins improve further and international revenues and margins increase, we expect a higher multiple to be placed on the shares,” West said.

The company had already resolved its issues with proppant pricing and supply before it set upon improving its purchase practices, Craighead said, describing the pricing and securing supply a ‘non-event’.

Baker Hughes’ other product lines are also performing well in the North American market. Craighead said he expects the utilization of Baker Hughes’ sliding sleeve solution, which has been used widely in the Bakken and Niobrara, to increase as its capabilities become better understood in other basins.

Two months ago, the company achieved a milestone when its AutoTrack Curve rotary steering system crossed the 1.9 million feet drilled. The system is not only the fastest major production introduction, but the most significant product line in Baker Hughes’ history.

Craighead noted that the four big service companies have spent about $2 billion a year on technology research and development and another $10 billion a year for new capital.

“It’s often been said that the service industry has fallen well short on capturing the true value we inject into the industry on customers’ behalf,” said Craighead. “This has got to change.”

The next few years will be less about widespread capital investment and more about execution and delivery for Baker Hughes, Craighead said. He told conference attendees he would hold off on quantifying the margin improvement the company is seeking.

The company has made return on capital its number one priority, Craighead noted. To achieve this goal, the incentive scheme has changed from the top downwards, with bonuses tied to the return metric and how its peers are doing.

“There’s no hiding from the fact that we’re in this together,” said Craighead.

Baker Hughes is trimming costs associated with its Canadian operations but is not planning to restructure those operations, said Craighead.

Canadian drilling activity – which typically ramps back up after the spring thaw – continues to lag due to a wet summer and apathy on the part of the customer community, Craighead said.

As a result, the Canadian rig count is 34 percent lower than the count seen this time last year.

He anticipates a “bit of sorting out” will take place in the Canadian market. However, the market could quickly recover, noting the strong fluctuations that can occur in the Canadian rig count, Craighead said.

Craighead described the Canadian market as a “hypercompetitive environment” with more uncertainty in terms of scale of the reservoirs.

“We find that it’s hard for customers to achieve scale, unlike the United States,” said Craighead. “Without scale, it’s hard to make unconventionals work even at $85 oil.”

Baker Hughes is “well-positioned” to capture the anticipated growth in deepwater exploration in the U.S. Gulf of Mexico, including the Lower Tertiary and Deep Miocene.

Craighead said the two largest stimulation vessels, both operated by Baker Hughes, are currently in the Gulf.

“2013 should be a “showcase year” for BHI in the Gulf off Mexico,” said West, with sentiment amongst operators very conductive to pricing gains for service companies. Baker Hughes expects sustained pricing improvements in the Gulf through the end of this year and into 2013. 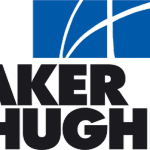