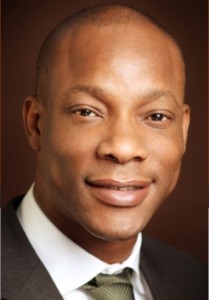 Shareholders of Guaranty Trust Bank, GTB, have commended the continuous move by the bank to always compensate them with interim dividend, describing it as magnanimous.

Leaders of different shareholders group that reacted on the development said that paying interim dividend has become a traditional way through GTB ensures that its loyal shareholders do not get stranded, especially at the yuletide season.
Mr. Adebayo Adeleke, General Secretary, Independent Shareholders Association of Nigeria, ISAN, said it has become a yearly ritual that shareholders look up to, adding that GTB has always met and surpassed shareholders’ expectation.
“That is why GTB is GTB. I hope other banks will follow suite and they can only do that by putting their houses in order,” he said.
Chief Gbadebo Olatokunbo, member, Renaissance Shareholders Association of Nigeria, said, “We didn’t expect less from them. They lead while others follow in terms of return on investment. This development shows that 2012 will definitely be a good year when investors converge to consider the account next year.”
Also reacting, Chief Olufemi Timothy described it as good development, saying that GTB was only sustaining what they have been doing. He noted that this was part of the reason why GTB’s shares remain one of the most attractive banking stocks in the stock market, trading above N18 per share at the moment.
He said it was time other banks, especially First Bank of Nigeria, FBN, and United Bank for Africa, UBA, emulate that by also giving interim dividend.
“GTB has always being good to shareholders. Giving interim dividend, particularly at this time of the year when people need money is quite commendable. What this means is that shareholders should be expecting over N1.00 dividend at the end of the year,” he added.
Speaking in the vein, Chief Sola Abodunrin, Chairman, Ibadan Zone Shareholders Association, said, “Shareholders appreciate GTB for paying this 25kobo interim dividend. This is what they have been doing consistently over the years in a country where some companies are always too ready wipe out our profit under controversial circumstance with the exception GTB that often ensures that shareholders enjoy the benefit of their investment early.”
It would be recalled that the Bank had declared 25 kobo interim dividend for the second quarter ended 30th June, 2012 from profit after tax of N45.55 billion.
The bank also recorded profit before taxation of N53.64 billion within the period and Profit from continuing operations of N44.94 billion, a 67.5 per cent growth over the previous figure.
The bank grossed N106.12 billion within the period, compared to N84.77 billion reported in the equivalent period of 2011, amounting to 25 per cent increase.
Its loans and advances improved by 12.4 per cent to N794.70 billion, as against N706.89 billion in 2011.