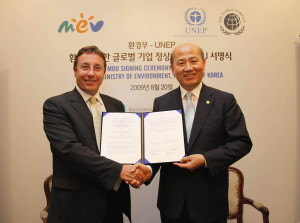 LAGOS-Kenya ICT Board and Kenya IT and Outsourcing Services (Kitos), have jointly sealed partnership with AITEC Africa, leading technology event organizer to take up roles as country hosts the largest annual ICT conference and exhibition in the region scheduled for Nairobi on 24-25 October.  The summit has the theme “Smart Cities, Smart Communities, Smart Enterprises”.

This year’s edition of the East Africa ICT Summit will include a major focus on smart city management. IBM, which has taken a lead in technology and systems in this area across the world, is “Smart Solutions Partner” for the Summit, and is among a range of solution providers in this space that are expected to stage tech solutions and demos. The Summit will attract an audience of government officials, scholars, and technology and business leaders from across East Africa.

“Conferences of a global nature such as the annual AITEC East Africa ICT Summit continue to play an important role in passing on knowledge relating to inventions and innovations from other parts of the world.  The Summit is a particularly important source of updates from other markets for ICT professionals in the region as far as technology is concerned,” said Paul Kukubo, CEO of the Kenya ICT Board while announcing the partnership.   He said the Kenya ICT Board took pride in its role as host country partner, which for the first time this year it will share with Kitos.

Chairman of the East Africa ICT Summit, Tej Bedi, Kitos said theme for this year resonated well with the needs of governments and private sectors in the region. “From Rwanda to Kenya, the private sector is becoming more technology savvy and it is saying, ‘We want smarter government services’. There is a raging demand for systems to manage public transport, energy, security, water and other government services which are necessary to deliver higher quality of life in cities,” Bedi said.

AITEC Africa celebrates is 25th anniversary this year and organized its first conference and expo in Nairobi in 1990.  The company is credited with facilitating debates, exhibitions, discussions and demos of new technologies by their developers to East African ICT professionals and communities over the years.

“Such concepts and technologies such as GSM, CDMA, cloud computing and outsourcing among others were fronted at AITEC conference by speakers before they were realities,” says Simon Muchoki, an ICT manager who has attended AITEC Africa events since 1997.