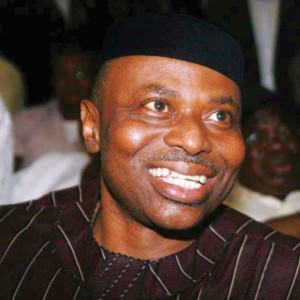 THE Nigerian Association of Petroleum Explorationists (NAPE) has expressed its willingness to partner with the Government of Ondo State on Energy development even as it has urged the State Government to curb loss of resources and ensure proper demarcation of its territory.
The President of the Association Mr. Mayowa Afe made this assertion when he led Executives and other members of the Association on a courtesy visit to the Governor of Ondo state Dr. Olusegun Mimiko to drum up support for the forthcoming NAPE’s Annual International Conference and Exhibition and to introduce NAPE as an organization and its activities.
The group which first paid a courtesy visit to the Deji and paramount ruler of Akure, HRM, Oba Adebiyi Adesida commended the Governor for the high infrastructural strides he has been able to undertake in the State. Mr. Afe in his speech described Ondo State as a fertile land for investors, especially in Oil and Gas, including tar sand. He urged the Government to ensure proper demarcation of its territory in order to curb loss of resources as recently witnessed in Cross Rivers State as result of the Supreme Court decision ceding majority of Cross Rivers State Oil Wells to Akwa Ibom State.
The NAPE President also noted that a larger portion of the State’s resources were yet to be exploited, and promised that NAPE will work closely with the Ondo State government for mutual benefits and relationship. He ended his speech by officially inviting His Excellency to the NAPE International Conference and Exhibition and wishing him the success in the upcoming Governorship Election.
In response to the NAPE President’s speech, the Executive Governor of Ondo State, Dr. Olusegun Mimiko thanked the President and other members of his entourage for making out time to visit. He expressed optimism that the proposed Petroleum Industry Bill (PIB), which is expected to transfer the management of bitumen from the Ministry of Solid Minerals to the Petroleum Ministry, will improve the state’s economic income. The Governor also assured of his Government’s collaboration with NAPE in order to attract more investors to the State. He further added that his administration had embarked on measures to make the state an investors’ destination.
As a mark of honour to the Governor, the NAPE President decorated him with the NAPE lapel and presented him some of the Association’s publication; while the Vice President, Seye Fadahunsi also decorated the Deputy Governor, Alhaji Ali Olanusi. Other top government officials were decorated by the NAPE Fellows that accompanied the President for the visit.
The team was first received warmly by His Royal Majesty who praised NAPE for the laudable achievements they have been able to record since its inception. Among those that accompanied the NAPE President to the Palace were the NAPE Vice President, Mr. Seye Fadahunsi, Prof. J.I. Nwachukwu, fnape, Prof. J.S. Ojo, fnape, Prof. T.R. Ajayi, fnmgs and Mr. Lawrence Osuagwu. The Oba also accompanied the NAPE team to visit the Governor.
Top Government officials that joined the Governor and his Deputy in receiving the NAPE team were Dr. Aderotimi Adelola, SSG, Mr. Omotayo Akinjomo, Commissioner for Commerce and Industry, Mr. Goke Adeniyi, SSA to Governor on Oil and Gas.