ByJoseph BAMIDELE
LAGOS-FOLLOWING the incessant menace of tanker drivers on the roads NIPCO Plc, a major player in the nation’s downstream petroleum industry has thrown its weight behind the new Lagos state traffic laws, even as it urges the state government to concentrate more effort on public enlightenment and awareness campaign to bring the new law to its feet.
Managing Director of the company Mr. Venkataraman Venkatapathy made this assertion when his company organized a safety awareness program in conjunction with the Federal Road Safety Commission and the Lagos State Ministry of Public Transportation for fuel transporters and company fleet drivers at Apapa area of Lagos recently.
According to him the programme which represents yet another milestone in the Company’s Social Responsibility [CSR] initiatives is primarily targeted at fuel truck drivers operating in the sector and fleet drivers in the employ of Nipco.
“As a socially responsible corporate organization, Nipco had for long realized that for the overall progress in its operation, stakeholders in the sector need to be supported through plethora of activities that can improve their schedule of duties.
Truck drivers under the aegis of Petroleum Tankers Drivers of N 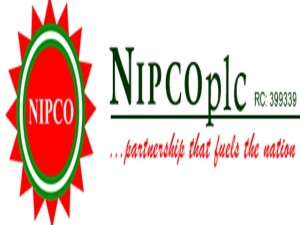 UPENG represent a crucial section in the operations of downstream companies hence by the imperativeness of always carrying them along in the sector.
Today’s event being sponsored by the company has also become expedient  in view of the fact that we are gradually entering the ember months in which roads crashes occur in torrents.”
The MD who was ably represented by the company’s Admin Manager Mr. Bonaventure Ehiem noted that the safety awareness programme, with the technical support by three key government agencies in charge of maintaining sanity on the roads is also in keeping to the United Nations decade on action on road safety by reducing road traffic crashes and fatality by the year 2020.
“Since we started operations in 2004, we have exhibited high level of zero tolerance to any unsafe acts within and outside the company operational base, a feat that has earned us many accolades and awards for our unwavering commitment to safety consciousness.
With all modesty, we have remained over the years highly safety reliant company that is well rated above its peers in the sector.
This public awareness programme is also aimed at complimenting government efforts at ensuring safety on our roads and as such on our own way of supporting the recently promulgated Lagos Traffic Law.
We are of the view that public education is very key to the success of any good initiative of government as it enables the citizenry to be carried along in the overall interest of the populace.”
The campaign according to him is part of the company’s efforts to ensure that the new law permeates into the minds and consciousness of the participants so that they can wholeheartedly embrace it so as to achieve the desired results
The economic impact of heavy traffic which millions of Lagosians are exposed to on a daily basis is awesome with its attendant negative effects on the productivity of the workforce.
“Permit me at this point to comment briefly on the new Lagos Traffic Law, which has received mixed reactions from the public.
The law which is all encompassing as far as traffic management is concerned would on the long run curtail needless loss of lives arising from flagrant flouting of traffic regulation of Lagos motorists
However, it needs to be stressed that public education on the dos and dont’s by motorists on our roads on a sustained basis will make the citizenry realized that the essence of law is not punitive but a change in our way of life as far as traffic issues are concerned.
Also speaking at the event Lagos Transport Commissioner, Kayode Opeifa who was represented by Mrs Habibat Bashiru lectured extensively on the Lagos Traffic law as it relates to petroleum Tanker Drivers and why the law itself was promulgated stressing that it was not punitive but aimed at correcting the anomalies of motorist generally.
She commended efforts of Nipco on the initiative of putting the event together stressing that it is a veritable avenue to communicate with tanker drivers .She further opined that most of the road crashes are as a result of flagrant flouting of traffic regulation
The FRSC was represented by  Mr Ozekhome Julius of the Public Education Unit saying that the event is very apt especially at this time of the year [Sept –Dec], when vehicular movements is very high with attendant effect . He charged other corporate organizations to emulate Nipco on safety awareness as we move towards year 2020 United Nations decade on action on road safety .
Over 200 tanker drivers / motor boys and Nipco fleet drivers attended the event with officials of the petroleum tanker drivers under the umbrella of NUPENG.