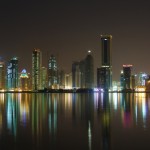 Committee of the Arab International Aluminium Conference (ARABAL 2012), which will be held in Doha from 20th to 22nd of November 2012, said that this year’s edition of the conference will include a discussion panel on the aluminum industry in China. The discussion will focus on the factors contributing to the record demand and supply levels reported by China’s various industries – especially in view of the country’s leading position amongst the world’s industrial countries –and will feature a number of Chinese experts.

The committee commented that views vary when it comes to global production and growth forecasts, particularly in the major hubs of production. The EU economy ended 2011 on a weak note and with negative growth and forecasts which significantly impacted aluminium prices at the London Stock Exchange, causing them to drop to less than $2000 per ton in the medium term (3 months), as a result of recession and the debt crisis. Global compound annual growth rate is expected to fall to 3.9 per cent over the coming five years, with the exception of China which is projected to generate a compound annual growth rate of 9.1 per cent over the same period.

The committee said in a statement that in response to declining oil prices, producers have announced output cuts in Euro Zone countries and Australia, but thatthe situation was different in China. More production cutsareexpected in these regions in response to high energy prices and the new regulations governingcarbon emission from aluminium smelters. China aluminium production,however, hit a record level in 2011. Four additional projects in a number ofsectors were announced in the country. China is likely to be the sole importers till 2016, at steadylow levels due to nonstop production and growth in all areas. China will be self-sufficient for a longer period than expected, will benefit from lowerproduction cost than its competitors, and will have its energy efficient and high capacity smelters.

The possibility that forecasted diminishing production will affect the prevailing prices is not ruled out. Miscalculation of global demand for aluminium will result in surplus production in the form of reserves that will have negative impacts on current prices. Global demand for aluminium is expected to grow at 5.5 per cent in 2012. The largest portion of growth in demand will come from Asia, with 8 per cent growth and an overall production volume of 30.6 million tonnes. The overall global demand will reach 47.3 million tonnes. China will be in need of 21.1 million tonnes, the world’s largest growth rate, at 9.8 per cent. Growth is expected to be negative in the Euro Zone at 1.1 per cent.

Qatalum is an equal joint venture between Qatar Petroleum and Hydro Aluminium of Norway, with a production capacity of 600,000 tons of high-quality primary aluminium products per annum from twin 1.2 kilometre potlines. Qatalum’s complex facilities include a carbon plant, port and storage facilities, as well as a captive power plant. The state-of-the-art cast house produces value-added products such as extrusion ingots and foundry alloys that meet the stringent quality standards of Qatalum’s global customer base. Used in a variety of industries including the automotive, construction, engineering and in the manufacturing of consumer goods, by the end of its journey, Qatalum’s aluminium reaches the entire global community.

Qatalum has a dynamic and diversified work force, representing over 37 nationalities and is perusing industrial diversity for Qatar and its people by actively creating a future of environmental sustainability and economic opportunities.