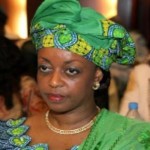 The Group Managing Director of the NNPC, Engr. Andrew Yakubu, made this disclosure during a dinner banquet in his honour and Dr. Peter Nmadu, the Group Executive Director, Corporate Services of the Corporation in Abuja.

Engr. Yakubu said the NNPC was committed to increasing gas utilization in order to stimulate industrialisation in the country.

According to him, Nigeria’s abundant gas resources can realise and sustain the nation’s dream of stable national power supply while gas supply to light industries and plants such as cement, fertilizer, petrochemical plants and domestic users is expected to increase gas utilization and support economic growth.

He opined that in the Corporation’s drive to achieve the strategic economic objectives, the NNPC is committed to the core values of transparency and accountability at all levels.

The NNPC helmsman said the Corporation under his watch was pursuing a new agenda to reposition the company for more efficient performance.

“NNPC must be commercially focused and aligned with the Nigerian economic growth aspirations. We must therefore raise our operational and financial standards to enable us operate competitively in the entire oil and gas value chain within and outside Nigeria,” Engr. Yakubu pledged.

The Vice President Namadi Sambo who was represented by Mallam Aminu Dabo implored the GMD to run the NNPC transparently and described the Corporation as the most strategic agency of the federal government.

Governor Emmanuel Uduaghan of Delta State assured the management of the NNPC of the support of the Governors Forum for it to reposition the oil industry and described the petroleum sector as the backbone of the Nigerian economy.

Speaking in similar vein, the Minister of Water Resources, Mrs. Sarah Ochekpe, applauded President Goodluck Jonathan for the appointment of the GMD and his team and implored them to find a lasting solution to the lingering challenges in the oil and gas sector.

In his remarks, the Chairman of the occasion, Chief Tony Anenih congratulated the GMD and the GED, Dr. Peter Nmadu on their well deserved appointments and sued for prayers from Nigerians for them to succeed in their onerous task of transforming the petroleum industry.

In his goodwill message, Chief Edwin Clarke expressed the confidence that with the GMD at the helm of affairs at the NNPC, he was optimistic of positive changes in the oil and gas industry and urged the management of the Corporation to discharge their assignment without fear or favour.

Commenting on the rationale behind the event, one of the organizers, Professor Jerry Gana said the occasion was informed by the need to inform the GMD and his management team that they cannot afford to fail Nigerians and to assure them that Nigerians are behind them and praying for their success in this all important national assignment.

Dr. Peter Nmadu in his vote of thanks, said they were humbled by the show of love and solidarity for them and assured that they would not let Nigerians down in the discharge of their duties.

Highpoint of the event was the presentation of portraits and the Holy Books to the celebrants and varieties of cultural dance.