LAGOS– Google Nigeria Country Manager, Juliet Ehimuan has revealed that Google plus, social content platform launched in 2011 currently has over 90 million active users and it is enabling people all over the world to connect around content of mutual interest.

Google Plus has been receiving so much attention and hype lately, as it has become a medium to reduce the burden of broadband challenges faced by social media enthusiasts, says.

She made the remark during a seminar organized by the corporation for select group of creative media agencies and content creators in Lagos.

Ehimuan noted that there are so many different kinds of information available on the platform such as the normal SMS, which requires very low bandwidth.

She further highlighted that with contents like pictures and videos regarded as bandwidth intensive, however, Google team are looking at ways of streaming such items through Hangout features.

“When you communicate by means of video with people around the world that would be most bandwidth intensive because we are looking at streaming video live, but we have the possibility within Hangout, if you are on narrow bandwidth connection, to set up your Hangout to become either audio only or you reduce the resolutions of the images”, Ehimuan explained. 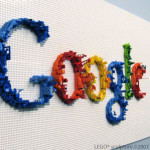 Speaking on the purpose of the event, the Google manager maintained that Google is keen to give creative media agencies and content creators and the general public a unique and in-depth look at all Google plus has to offer, including integration with YouTube and Google Search, and help them become among the first to get fully on-boarded onto the new social platform.