DOHA-The Arab International Aluminium Conference (ARABAL 2012), which will be held in Doha from the 20th to the 22nd of November 2012, aims to highlight the importance of aluminium related manufacturing industries, and to promote these industries and foreign investments inthe region’s countries.

This was contained in a statement issued by Sahara communications and made available to Biztellers in Lagos today.

According to the statement, Arabal’s organizing committee said that post crisis investment plans focus on all projects that help increase the share of productive sectors in GDP, improve the competitive edge of their products, and cope with the requirements of export markets.

They also remarked that recently special attention has been paid by the region’s countries toincreasing the contribution of the industrial sector in GDP, as the industrial sector is the second most viable sector withinthe oil and gas rich region. By doing so, they aim at diversifying sources of income, achieving optimal utilization of resources, and maximizing the added value of the region’sabundant natural reserves.

The committee added that the trend is now highlighting and promoting the existing attractive investment climate in GCC countries and beyond in the region, particularly in Qatar, which adopts a free economic policy and a legal framework that ensures enough incentives and facilities are offered to investors to help boost the feasibility of their current and future enterprises. Qatar is committed to not imposingany restrictions on foreign capital investment in order to allow completion between foreign and national capitals on and equal footing.

Petrochemical and oil refining industries are leading the way in the GCC’s industrial sector, followed by the iron, steel, metal and aluminium industries. All types of primary metal industries have significantly grown to double over the past decade, while the volume of investment has grown several times over the same period.

As the GCC countries are among the world’s largest consumers of metal products, such as iron, steel and aluminium, the expected production of aluminium may account for over 15% of the global production until 2020, if the planned aluminium projects are carried out by the GCC countries, particularly in Qatar, the UAE and the KSA. This trend will result in a demand driven shortage that will lead to imports from abroad. This will give the industrial sector additional incentives to expand and to attract more investments in line with local production frameworks, its development and, the requirements of the targeted growth.

Manufacturing industries in the region’s countries, in general, and Qatar in particular, areclassified as a highly stable sector inthe medium and long term, supported by extremely positive economic indicators, as the GDM in Qatar amounted $173.2 billion in 2011, with 18.7% growth in overall GDP and 2.3% inflation. These indicators reflect rising potential for all productionindustries, lead by the manufacturing industries, which account for a large share of the GDP. Worth mentioning is that the expanding the base of manufacturing industries is part of the State’s productionexpansion plans, with the aim to add value to the national economy and open diverse investment opportunities that take into consideration the levels of surrounding competition to enable investor sustainability and growth. 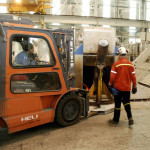 As a result of all the plans and strategies that aim to develop the manufacturing industry sector, the fastest growing sector in term of production in the GCC countries, the primary goals of creating investment opportunities and jobs will be fulfilled by establishing more industrial cities and compounds, which are expected to increase in number and size and to cover all productionactivities such as metallurgical industries, automotive assembly, building materials, packaging, consumer goods, electrical appliances, and other long term industries, led by aluminium, which is witnessing a special interest from investors, in what is hoped to pave the way for the manufacturing sector to strongly emerge and follow the successful model of the petrochemical industry in the near future.