By Oyise OGHENE
Prior to the changes and restructuring of the aviation industry by the Minister of Aviation, Princes Stella Oduah, Aviation unions under the auspices of the  Air Transport Services Senior Staff Association of Nigerian (ATSSSAN), and the National Unions of Air Transport Employees (NUATE) today declared that the unions would ensure that no director as newly appointed by the minister will resume work at their various offices at the Headquarters of the Federal Airport Authority of Nigeria (FAAN), Lagos. 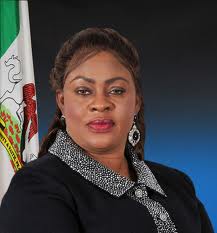 Disclosing the intention of the unions General Secretary of NUATE, Comrade Abdulkareem Motajo pointed out that the changes and restructuring of the aviation industry was done with bias and as such considered nor and void by the unions.

According to him, there were some FAAN staffs who are due for promotion into General Manager’s position and other top management positions only for the minister to restructure the agency and push them all aside adding that it was very wrong and unacceptable.

Comrade Motajo however vowed that non of the so-called directors would be allowed by the unions to resume work in FAAN.

Also speaking at the briefing, the Deputy General Secretary, Air Transport Services Senior Staff Association of Nigerian (ATSSSAN), Mr. Olayinka Abioye said”Our purpose of holding this conference is to draw the attention of the Nigerian public to certain misdemeanor of the minister of aviation, there is a lot of corruption going on under her administration, a lot of corrupt practices and because the safety of the industry is our watch word, we want to alert the Nigerian public and the government to quickly caution her”

Asked why the conference was been held, Comrade Abioye said” we are doing this for two reasons, one you know, there is an on-going planned automation of our revenue collection which we have given some support for arising from the fact that we have observed that there are a lot of bubble traps in one or two contract documents that we have seen and we have drawn the attention of the ministry of aviation to these irregularities and a meeting has been called where we have expressed our positions, our displeasure with some of those irregularities and bad terms and conditions embedded in one or two of these contracts. Some leading to the loss of huge sum of money.
The second one has to do with the restructuring that is taking place in the industry where carrier officers, our career members are been sacrificed at the alter of political patronage, that essentially calls for very serious concern because they say a disgruntled worker is an accident waiting to happen, we do not want any accident to happen in our industry because when you bring in mediocre, when you bring in people that you want to compensate for assisting you in your political pursuit as it were, it calls that all eyes must be opened and we have to stop this exercise from going on”

He further noted that with the planned automation in place that most agencies would have paid up to $25million if not for the alarm that was raised by the unions.

According to him,”In the course of this planned automation in the revenue collection, NAMA for instance, NAMA management was to make available $19million to procure the equipment that is going to be used for this automation, NCAA was to make available  $15million, FAAN is to make available about $25million, the same thing apply to AIB, to NIMET, to NCAT and these are places where there are some semblance of same automation and we were asking questions like how on earth can these parastatals cuff out such money , look at how much they sell an agregator, how much is the cost of a dash board because these are the two principal software that you require to do what they were envisaging so eventually when we raised the alarm some reasonable people from outside the ministry call them to order and quickly they made a somersault, the next thing we heard was those monies are no longer to be collected by First Bank, First Bank is ready to make available the software for them, they will only be paying 5percent commission and one other principal question that we asked was that FAAN is the owner and manager of all Nigerian airports and in every civilised society, it is the airport authority that does the automation of its airport terminals, all other end users just key into the system why can’t the honourable minister allow FAAN who owns and manages Nigerian airports to be the principal agent for this automation and other parastastals key in depending on the kind of services they want the company to render for them because by and large, it is the same customers. About 50percent of the customers of FAAN are still customers of NCAA, NAMA and other parastatals and we find this ridiculous that if FAAN is meant to cuff out 5perecent  AIB takes 3percent of Ticket Sales Charge TSC will also be subjected to the same 5 percent, it doesn’t make sense, so we are thinking that there should be some kind of flexibility in the kind of commissions that First Bank will collect from these parastatal, it should not be uniformed”