LAGOS-FOLLOWING the arrest of Nigerin oil magnate and Managing Director of Capital Oil and Gas Industries Limited, Mr Patrick Ifeanyi Ubah, a group of Igbo extraction under the auspices of Knights of Igbo Nation,KIN, have come out to condemn President Goodluck Jonathan’s government for “witch-hunting the igbo nation”.

The group which issued a statement signed by its President Sir Uche Uche stated that if the trend continues the Igbo’s might be left with no choice but withdraw their votes come 2015 and pitch their tenth with the North.

“We have been made aware again regarding this constant humiliation and oppression of eminent Igbo sons and daughters as was widely publicized by Mr. Patterson, a credit officer with Access Bank and his boss, Mr. Aig Imoukhuede in the case of Mr. Ifeanyi Uba of Capital Oil and Gas Ltd who was detained when he willingly came to answer a police invitation as requested by Aig-Imoukhuede. We know there are highly placed people who are angry that Mr. Uba has a political ambition and who further allege that he may have sponsored some candidates who won against the ruling party.We question this as ludicrous as the man has a right as a free citizen on Nigeria. We the entire members of Knights of Igbo Nation (KIN) hereby warn that if this attacks and plots to disposes Igbos of there hard earned name and investments  doesn’t stop now, we will in the first instance demand that all Igbos withdraw their assets and investments from a hostile Access Bank. We also use this opportunity to remind Mr. President, that this humiliation of Igbos by a Niger Delta led government that Igbos helped to put in power has to stop. There will never be another abandoned property saga for we are Nigerians just like everyone else. We have seen it with IG Onovo, Prince Ogbulafor, Dr. Nwodo, Capt. Ihenacho and now Ifeanyi Uba. Mr. President sir, we take it that you are no longer interested in 2015 as we are going to make a concerted effort to only campaign and vote for a President of South East extraction or partner with the north as this government has proven to be most hostile to Igbos.” 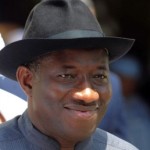