By Oyise OGHENE
ABUJA: Finally there is a huge relieve in the aviation industry as airline operators are to enjoy zero tariff for importing spare parts of an aircraft or new aircraft itself into the country without any custom or import duties.

The development came at the front burner during the presentation of the 2013 budget to the National Assembly by the federal government.

Biztellers further went out to contact stakeholders in the industry who expressed joy over the situation stressing that it was long over due.

President of Airline Operators of Nigeria, (AON) Dr. Steve Mahonwu said that since the government have listened to demand of airline operators that such would help a lot stressing that removing the tariff would boost growth in the aviation industry.
.
He said”This shows that the present administration is a listening one and is  concerned about the safety and security of its citizens  by doing the right thing”

“Granting zero tariff for the importation of new aircraft and spare parts is what is obtainable all over the world, ” Mahonwu added.

He recalled that the retired Air Chief Marshal  Paul Dike Committee set up by the former President Olusegun Obasanjo’s administration after  Bellview, Sosoliso and ADC airlines crashed  had also made similar recommendations.

“That was what other committees set up after it  had also been recommending as the way forward for the aviation sector” Mahonwu affirmed.

Dr. Mahonwu also commended the  Minister of Aviation , Princess Stella Oduah,  for believing and supporting the cause that the AON has been  fighting for and seeing it to reality.

Also, retired Capt. Dele Ore of the Aviation Round Table (ART)in the aviation sector  commended the announcement as part of the successes of ART  to national development.

He  recalled that ART had over the last 10 years been in the fore front of the struggle  for the actualization of zero tariff for imported new aircraft  and spare parts into the country.

“We, at ART congratulate,  the president on this noble gesture because in the 52 years of the existence of the aviation sector in Nigeria, this is the greatest and most vibrant decision to be taken by any administration,” Ore said. 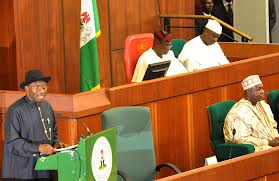 He advised the Federal Government to set up a monitoring team that would ensure that operators do not import fake or substandard aircraft and spare parts into the country when the policy eventually comes on  stream.

“With that, operators would not abuse the policy which I consider as the first major relief and waiver to be granted by the FG to improve the growth and development of the sector. I think that the  FG will think of coming up with  other relief that will include the establishment of aircraft maintenance hangars in the country if this one is not abused,” he said.

Captain Ore also a former pilot with the defunct Nigeria Airways Limited (NAL) suggested that the Nigeria Customs Service and the Nigeria Immigration Services (NIS) should  be saddled with the responsibility of ensuring that genuine aircraft and spare parts are imported into the country under this new arrangement.
.
“Through that both the aircraft operators and passengers will enjoy the  benefits that will accrue from it such as reduction in passengers air fares and so on” Ore said.