LAGOS: Even as controversies surrounding the tenure of the current governing council of the Council for the Regulation of Freight Forwarding in Nigeria (CRFFN) continues, the Association of Registered Freight Forwarders of Nigeria (AREFFN) has once again defended the council saying that it is still operating within its given time.

AREFFN president, Dr. Frank Ukor in an interview with Biztellers today defended the CRFFN saying that there is a misunderstanding on the part of some stakeholders over the actual date that the tenure of the governing council should expire. 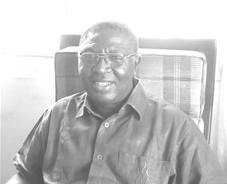 He also condemned the Association of Nigerian Licensed Customs Agents (ANLCA) and the National Association of Government Approved Freight Forwarders (NAGAFF) for calling for an interim set up to take over the affairs of the council, according to him, this is not in the Act setting up the Council.

“I dont know why everybody is talking about tenure elongation, as far as i am concerned there is no tenure elongation,the present council were innaugurated on the 24th of November 2010 and they are supposed to last for two years, so the tenure is expiring on the 23rd of November this year, so nobody has elongated anything” he corrected.

Dr. Ukor also noted that the council had always been rocked by crisis and that this has led to distractions for the present governing board, apart from these, he argued that the council does not have enough money to conduct elections.

“People calling for the dissolving of the council are only trying to go into the council through the back door” he alleged.

According to him, the minister of transport cannot equally dissolve the council because their tenure has not elapsed ” if he does anything outside the Act it will lead to trouble and people will go to court”

While reacting to the threat by NAGAFF to report the ongoing crisis to the International Federation of Freight Forwarding Associations (FIATA) Dr. Ukor said that the NAGAFF is wasting its time because FIATA has not power to meddle in internal affairs of members states.

Dr. Ukor however advised that for the freight forwarding industry to experience peace and transquility, the two associations; NAGAFF and the ANLCA needs to identify that they are not the only associations in the sector and that they must corporate with other associations.

Speaking, he said that “There is bound to be wrangling in the industry, when NAGAFF got accreditation through an MoU not that they qualified, but immediately they got it they went on air calling other associations mushroom, let these people (NAGAFF and ANLCA) come down from their othopiac hieghts and know that there are other associations, irrespective of their number”