FAAN says infrastructure upgrade is a step to development

By Oyise OGHENE
LAGOS: Federal Airports Authority of Nigeria (FAAN) has stated that when a country begins to invest in infrastructure, it is an indicator that the country is ready to take off from the point it is, using itself as an example.

Managing director of FAAN, George Uriesi, who spoke yesterday at the First Annual Stakeholder Brunch held at the Welcome Centre around the Murtala Muhammed Airport Lagos, said that countries like India and Brazil are already doing it and thus the exponential growth in their aviation sector in such a short period. 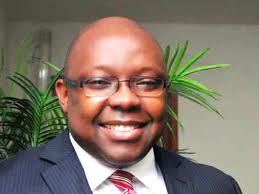 The FAAN boss said that with the remodelling, the airport authority was already going that way and that FAAN only needs to improve on what it is presently doing to ensure that development comes the way of the country, especially airport infrastructure.

The FAAN boss who also spoke on the agreements said that there is need for the private sector in everything that the authority was doing but however said that hence forth, such agreements must follow the globally recognised practice and should not be skewed against the people.

Uriesi said that the Authority was also looking for private investors to come into the Aerotropolis concept stating that when the project comes on line it would be beneficial to the entire country.

Stakeholders in the aviation sector who spoke called on the Federal Government to create an enabling environment for the private sector to be part of airport management in the country.

Most were apprehensive of the private sector participation in management of airports observing that since government was limited in funds to maintain and manage the airports, the private sector operators should be allowed to feature prominently in it without hindrances.

According to them, airport infrastructure was capital intensive and it can be better managed by the private sector if given the opportunity.

They commended the effort currently being made at remodeling the airports in the country by the Minister of Aviation, Princess Stella

In response, the FAAN boss explained that the facelift of the transformation of the nation’s airports were three pronged namely Infrastructure, sustainability and organization and noted that most of the project embarked on is tagged at creating a hub in Nigeria and for investment.

He appealed to stakeholders and Nigerians to join hands with the Federal Government in achieving this plans that would give them comfort, safety and security.