Coming on the heels of the recent visit of the Coordinator of Zone ‘A’ of the Nigeria Custom Service, Mr. Victor Gbemudu to the command recently, coupled with his message from the Controller General of Customs to officers of the command on delivering their best on the job, there are indications that the Port and Terminal Multiservice Limited (PTML) command of the customs has taken the matter seriously.

It was gathered that a top level meeting had held between the management of the PTML custom and other stakeholders operating at the command, especially the clearing agents 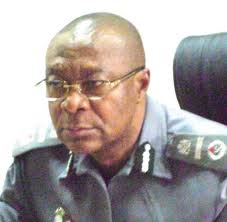 Sources at the meeting confirmed shortly after the meeting that the Comptroller of the PTML command, Mr. Jubril Zakari had appealed to all the stakeholders to cooperate with the command in its new drive of blocking all revenue leakages at the command and to meet up with its set target for the year.

Confirming the meeting with the customs, the PTML Chapter Chairman of the National Association of Government Approved Freight Forwarders (NAGAFF) Mr. Cosmas Ndimkora explained that the command is trying to beef up what it was generating to the Federal Government since the year is coming to an end.

According to him, “PTML is a close knit family, whatever our problems are, we have ways had means of solving them, this is the end of the year now and so we are trying to beef up what we are supposed to pay to the Federal purse, and as a close-knit family that we are, the customs called us to rub minds” he confirmed

He explained that both the customs and the freight forwarders understand where the loopholes exist in the system and that they have both agreed to start blocking them. “In atmospheres like this there will be loopholes, but now we have agreed to begin to block these loopholes”

He denied knowledge of any revenue drop at the command saying that there is nothing wrong in trying to add a little bit to what the command is getting, according to him, this does not mean any increase in the duties levied on the clearance process but that the money will be gotten from the holes that are already in the system.

“We practice it and they also practice it, but now we have come together to agree to block these holes, our command is very healthy”

Ndimkora also stated that after the riot that was experienced at the terminal during the Comptroller Dan Kuffi era, the command has always enjoyed relative peace.

He assured that the executives of the association will ensure that the information is passed down to its members.

“We are going to ring our usual bell, our people will gather and we will address them” he assured