MedView airlines completes airlift of pilgrims from Mecca Back to Nigeria

By Oyise OGHENE
The total 8, 900 pilgrims from the Lagos Zone who embarked on this year’s hajj operations to the holy land, Saudi Arabia were yesterday returned to Nigeria by Med-View Airline.

At least, 505 pilgrims from Oyo, Ogun and Osun States were returned to the Hajj and Cargo terminal of the Murtala Mohammed International Airport (MMIA), Lagos. The return of the pilgrims marked the end of 2012 hajj exercise to Mecca. 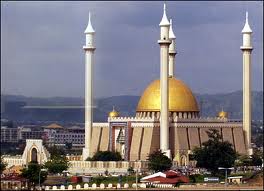 The Boeing 747 aircraft that returned the pilgrims touched down at MMIA at exactly 2:30pm.

Commenting on the exercise, the Chairman Oyo State Pilgrims Welfare Board, Alhaji Taofeek Akewugbagold commended the Federal Government for a hitch-free exercise despite the initial hitches at the commencement of the exercise, just as he implored the government to always adhere strictly to the rules and regulations guiding the annual exercise to Mecca.

He also commended Med-View airline for smooth operations throughout the exercise and also lauded the conduct of Nigeria’s pilgrims to Mecca.

He said, “The hajj exercise was hitch-free despite the initial disturbances. We commend Med-View Airline for the exercise. My advice to the government is that we should continually comply with the Saudi rules and regulations. We need to comply. There is no any other way out. Also, I’m happy for the conduct of Nigerian pilgrims to Mecca. They all conducted themselves well and I’m very proud of them.”

Also, the Chairman, Ogun State Pilgrim Board, Dr. Izak Yusuf, described the exercise as a success.

He noted that the 1, 560 pilgrims from Ogun State who embarked on the exercise to the holy land all returned home without any major crisis in Mecca.

He said, “We thank God for the successful hajj exercise. It is from Almighty Allah and we hope the coming year would be better organised than this. Nigerian pilgrims were the best in the holy land and I pray that we will continue to be good examples anywhere we are and continue to put to practice what we learnt over there.”

Besides, the outgoing Secretary, Osun State Muslim Welfare Board explained that at least 1,070 performed the 2012 hajj exercise in Mecca, adding that they all conducted themselves peacefully.